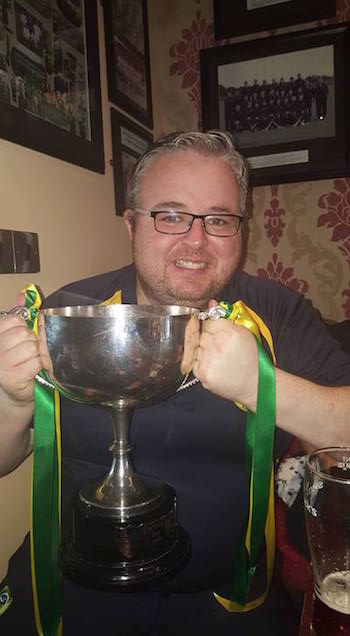 Local Sinn Féin members in the Letterkenny Municipal District will hold a convention to select a replacement for former councillor, Mick Quinn, on 4th May at 7.30pm in the Lagoon Restaurant & Guesthouse, Termon.

Mick Quinn stepped down last from the council last month, on health grounds, after serving eight years as a County Councillor.

Outlining details of the convention, Cllr Jack Murray said “Sinn Féin members in the Letterkenny Municipal District will gather next week to elect a replacement for Mick Quinn – a fine public representative who stepped down from public office last month.

“At the closing date for nominations, there have been two names put forward to contest the convention.

“Voting will be open to Sinn Féin members in the Letterkenny Municipal District and the convention will be overseen by Sligo County Councillor, Chris McManus.

“The candidate who receives the most votes will then have the huge honour of representing the people of Donegal in the county council on behalf of Sinn Féin.

“That person will also take on the huge responsibility of filling the shoes of Mick Quinn who first took a seat on Donegal County Council for our party back in 2009.

“Mick was an excellent public representative who worked tirelessly on behalf of the people who elected him. He was also a committed Irish republican and held his political principles with conviction.

“Mick has set the bar very high for his successor but I am delighted that we have two excellent nominees going forward to convention.

“I look forward to working with the successfully selected candidate in the years ahead as we continue Mick’s work in building support for Sinn Féin and in delivering a public service which the people of this county deserve and expect.”

The two candidates going forward to convention are:

Sean ‘Johnny’ O’Donnell: Sean was born in Letterkenny but later moved to Churchill where he is a full-time farmer. He was a Letterkenny Urban Councillor from 1974-79 and has been involved in Republican politics and a wide variety of community and voluntary organisations over the last number of decades. He has been involved with the National Waters Restoration League, Letterkenny Housing Action Committee, Donegal H-Block Committee, Anti-Extradition Committee, Churchill Local Development Group and was a founding member of other groups such as Letterkenny Area Development Association, Integrated group for people with disabilities and Derryveagh Glens Community Group and Meenaboll Environmental Protection Group.

Sean was also a founding member and chairman of the Donegal Branch of the buddy bear appeal from 1988 – 1998. During this time almost £200,000 was raised in aid of children with Cerebral Palsy and Spina Bifida.

Sean is working to improve water quality to ten group water schemes which are presently sourcing water from Gartan Lake, with the hope of securing a supply from Lough Salt to the Churchill reservoir.

Adrian Glackin: Adrian is from Glenswilly and is the current manager of Glenswilly GAA senior team, having formerly been chairperson of the club in 2012.

He worked in Tesco, Letterkenny from 1996-2016 and became line manager. During this time, he led a walkout of Letterkenny Shopping Centre staff in a dispute against centre management over the withdrawal of free parking spaces for staff in February and March 2008. He then organised meetings, got customer support in the form of petitions and helped gain support from the general public by publicising the issues in local media.