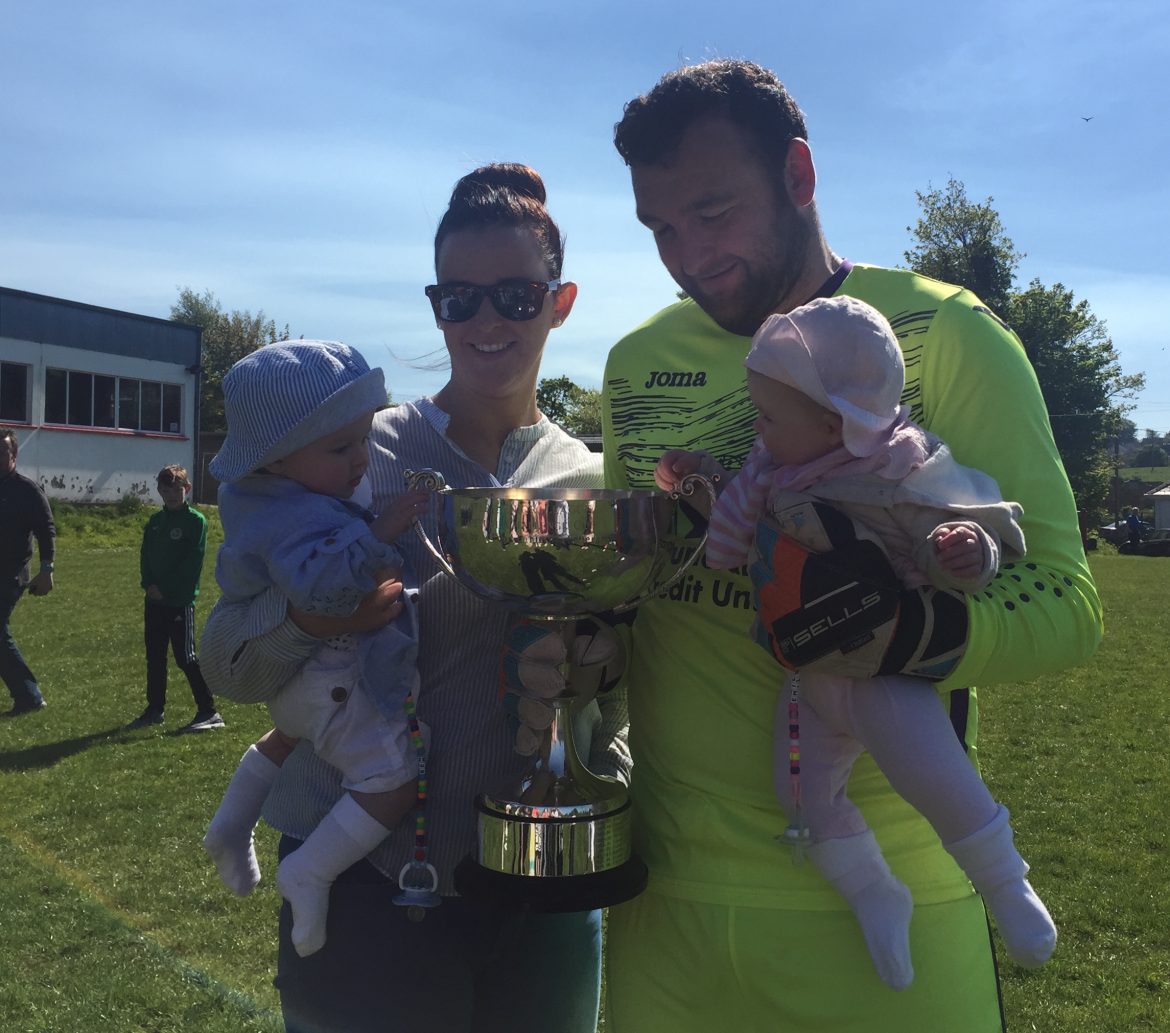 Listen: Gavin Cullen says Cockhill among the greats after fifth USL title in a row

written by Chris McNulty May 7, 2017
Facebook0Tweet0LinkedIn0Print0

Gavin Cullen believes that it could take ’10 to 15 years’ before his Cockhill Celtic side get recognised as one of the Ulster Senior League’s great teams.

Cockhill sealed a fifth USL title in a row on Sunday when Peter Doherty’s goal gave them a 1-0 win over Swilly Rovers in Ramelton.

In capturing the title again, Cockhill become only the second team to do a five-in-a-row, after Fanad United in the 1990s.

“Fanad are the only team to do it before. I don’t think people will realise it for ten or 15 years down the line just how good these boys are.

“That great Fanad team just kept coming back and winning things. These guys are on a par in my opinion. The game isn’t as physical now, it’s more technical and the game has changed.

“This is about 15 trophies in five years, which is unreal – and they’re not done yet.”

Cullen has watched his side win the League and League Cup double for a fifth successive campaign – an unprecedented success in the USL.

And the former Finn Harps ‘keeper warned that his side won’t rest on their laurels this summer.

He said: “We have a lot of young lads. 12 of the 25-man squad are under 21. You forget that sometimes. Three of our back four today were under 21 and you had Ryan Varma and Ronan Dohery, too. The future is very bright for this club.

“We made hard work of it, but over the course of the season we deserve to win it. Thankfully we came out on top at the end. We intended to get the win today. We had to keep three clean sheets in the last three games to win the League and thankfully the boys stepped up to the mark.”