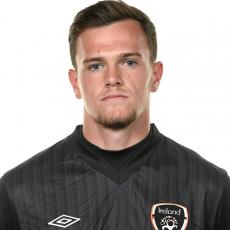 written by Chris McNulty May 11, 2017
FacebookTweetLinkedInPrint

Goalkeeper Harry Doherty could return to the Finn Harps squad tomorrow night for the first time since being injured in a sickening clash of heads last month.

During the EA Sports Cup game against Sligo Rovers on Easter Monday, Doherty was involved in a collision with team-mate Packie Mailey. Play was stopped for around 25 minutes to allow for treatment for the player, who were both transferred to Letterkenny University Hospital.

Doherty was kept in overnight and required stitches in a head wound.

While Mailey remains absent from the panel, Doherty, the understudy to Ciaran Gallagher, could make a return to the bench tomorrow night when Harps face second-placed Bray Wanderers at Finn Park. In the corresponding game at the Carlisle Grounds – a match won 5-2 by Bray – Doherty made his Harps debut in the second half when replacing the concussed Ciaran Gallagher.

Harps, though, are still without Mailey, Eddie Dsane, Danny Morrissey, Jonny Bonner and B.J. Banda through injury and Paddy McCourt is again rated as being doubtful.

Last week, Harps were beaten 5-0 at Cork City and had just 15 players in their match day squad, but Barry Molloy returns from suspension this week, although there remains no end in sight for Pascal Millien’s wait for a work permit.

The ex-Sligo Rovers midfielder was signed by Harps in March, but is still awaiting the processing of his paperwork by the relevant authorities, despite Harps having been confident that the green light would have been given before now.

Harps have lost five of their last six games and slipped into the relegation zone following Sligo Rovers’ win over Limerick FC on Saturday night.

Harps boss Ollie Horgan will be absent from the dugout as he serves a one-match suspension after being sent off in the recent 2-0 loss to Bohemians at Dalymount Park.

“Bray is a proper side,” Horgan said.

“If Cork City weren’t so strong then they would certainly have a very big chance of winning the league this season. They improved in the second half of last season and have just got better again this year.

“They put five goals past us at the Carlisle Grounds at the end of March and are second in the table coming to play us at Finn Park. Adding players of the quality of Aaron Greene and Gary McCabe gives them a great chance of qualifying for Europe.

“We have our work cut out to get something from every game we play but it will be particularly difficult against Bray.

“We still have a lot of players out, but I’m not going to make excuses because of that. We have to get on with the players that are available.

“We have still managed to get out decent first elevens that should have been capable of taking something from the Drogheda and Bohemians games. And we did well against Cork for an hour at Turners Cross before they got the second goal.”