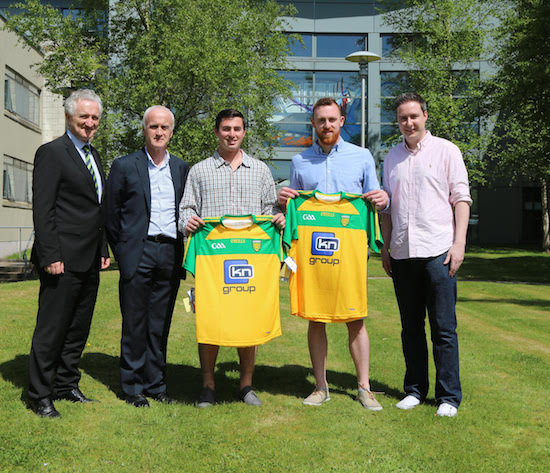 written by Stephen Maguire May 24, 2017
FacebookTweetLinkedInPrint

It’s the American connection which brought basketball in Letterkenny to a different level this year.

Two Victory Scholars from the U.S. Stephen Caserillo and Jack Mackey spent the past year studying on a Masters degree programme at the LYIT.

The players made a huge impression in LYIT among the basketball team and their followers.

With their help, the Men’s LYIT team were victorious in the Division 2 Colleges league over Dundalk IT.

Both players played a significant role throughout the season, with Caserillo getting the Most Valuable Player award for his final performance and Mackey being awarded the Player of the Year in Division 2.

The lads also gave great tuition and encouragement to the many young players of Blaze Basketball Club in Letterkenny whom they came into contact with.

Prior to departing back to the U.S. the boys are pictured with John Andy Bonar, Head of Development, Paddy Gallagher, Sport Officer and Niall McDermott, Basketball Ireland Coach, based in LYIT and were presented with Donegal GAA jerseys on the occasion of their departure.