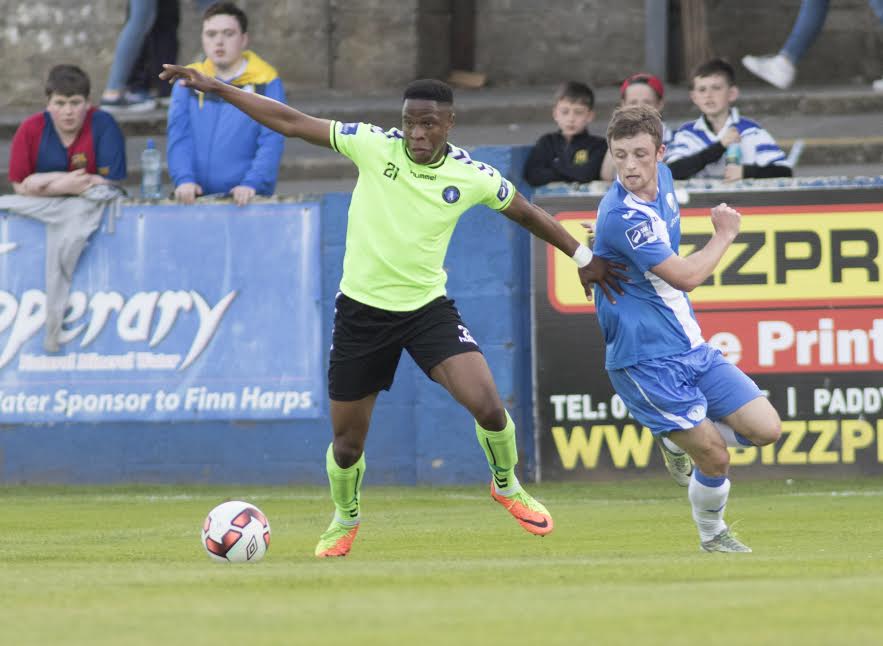 written by Chris McNulty May 27, 2017
FacebookTweetLinkedInPrint

Three first half goals by Ciaran O’Connor, Danny Morrissey and Caolan McAleer – all new recruits at Finn Park this season – gave Harps their second home win this week and lifts them to eighth in the standings.

Horgan, though, played things down, even though Harps were excellent at times, particularly in the first half.

“We held on in the second half,” Horgan said.

“It was backs too the wall stuff for the whole second half and, to be fair, Limerick are probably scratching their heads as to how and why they didn’t get something out of it. We ran out of steam and ran out of energy. We got away with it.

“We were quite good in the first half and maybe that won us the game.

“Some days we have played a lot better and got nothing. Here, we were much poorer and got something out of it.”

There could be no doubting the quality in the Harps play and the goals of Morrissey and McAleer were superb. McAleer’s first-time cross with his instep, from a diagonal Ciaran Coll pass, was magnificent to tee up Morrissey and the Omagh man’s own finish, for Harps’ third goal, was out of the top drawer, too.

Horgan said: “There is a bit of quality in the side. It’s hard going, but we got away with it tonight.”

And the Harps boss was pleased, too, with a much-improved attendance last night. He added: “The home support was excellent and drove us on and, if you like, got us over the line.”