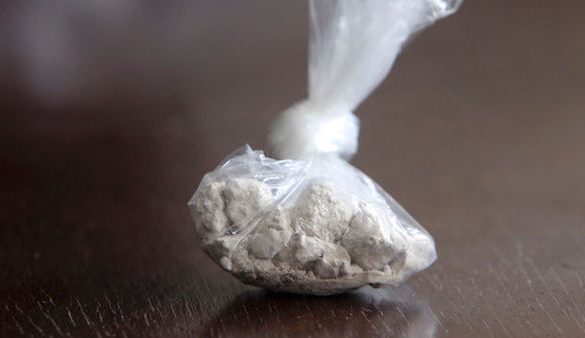 A suspected drug-dealer swallowed almost €1,000 worth of small bags of heroin after being approached by an undercover drugs Garda at Letterkenny bus station.

Jonathan Behan was spotted by Garda Derek Connaughton getting off a bus on August 26th, 2015.

Behan, with addresses in Letterkenny and Annagry, failed to appear for his case at a special sitting of Letterkenny District Court.

Garda Connaughton said “I spoke to him and I noticed small white plastic bags in his mouth when I was speaking to him.”

He said he suspected Behan was in possession of a controlled drug and put him in handcuffs.

He took him to Letterkenny Garda Station and introduced him to the member in charge, Garda Grainne McLoone.

He was then taken to the designated search area in the custody unit at the station.

Behan was observed swallowing what he had in his mouth and had asked what he had swallowed and said ‘heroin.’

He started apologising and tried to regurgitate what he had swallowed.

Then the Garda revealed “He requested that I take the handcuffs off and when I did he started interfering with his back passage.”

He had arrested the defendant on suspicious of unlawful possession of diamorphine or heroin.

Garda Connaughton told the court he had been in possession of confidential information that Behan was going to be travelling from Dublin with a consignment of heroin.

At the designated search area at Letterkenny Garda Station, defendant had removed a quantity of heroin from his rear end.

In a subsequent interview, defendant had stated that he had had the heroin under his belt and had concealed “it up my ass”. He declared: “I don’t want to get caught with this shit anymore.”

He said he had taken the drug to Letterkenny for supply to his girlfriend and added that he did not believe in making money out of it.

The substance had been forwarded to the Forensic Laboratory. The brown powder amounted to 5.762 grammes which had an overall estimated street value of €804.

Garda Connaughton said he had handcuffed the defendant at the bus station so he could not tamper with any of the evidence.

This had been shown to be the correct decision when the defendant, after having the handcuffs removed, had attempted to “put the drugs up his backside.”

Garda Eoin Waters recalled the defendant in the designated search area when he had taken off his trousers and squatted on the floor before removing a small white plastic bag.

Garda Waters then placed it in an evidence bag and sealed it.

Garda McLoone said she could tell the defendant had something concealed in his mouth when he arrived at the station as his speech had been affected and it had been difficult to understand him.

Solicitor Mr O’Brien claimed that his client had been unlawfully arrested and, therefore, unlawfully in custody.

But Judge Paul Kelly said Gardai had the power to detain and also stated that the handcuffs had been necessary so he could not dispose of or destroy the evidence.

Mr O’Brien sought leave to refer the matter to the High Court for an opinion on the law in respect of the detention or arrest of the defendant.

Judge Kelly granted the request and the case was adjourned to Jude 26th.

A bench warrant was issued at Wednesday’s hearing after the defendant failed to appear to answer the charges of unlawful possession of diamorphine and with possession of same for sale or supply.