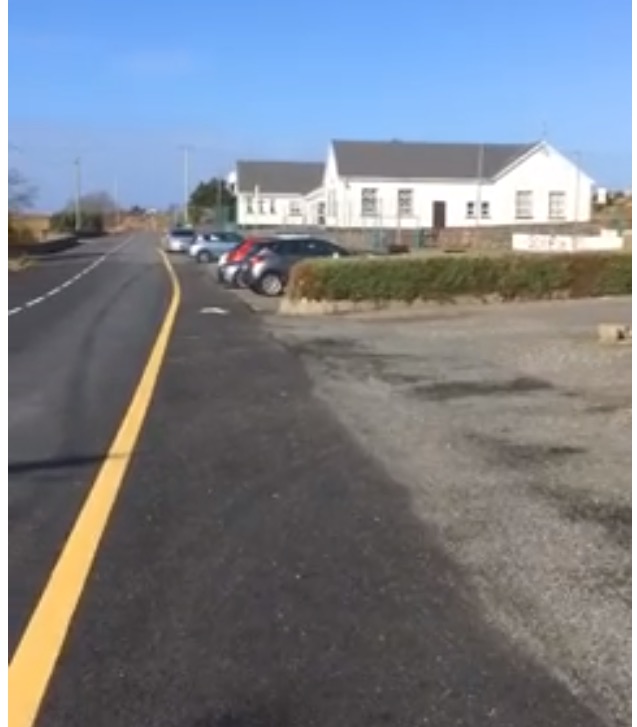 The Loch Na Lúir community have been praised as the new footpath outside the local school was unveiled following years of campaigning!

“The school community along with the wider community went to the street and demanded that the footpath would be replaced.”

A protest took place in October 2016 calling for a new footpath to be put in place at the school after concerned parents said that after road improvements, the existing footpath was effectively removed presenting a danger to students and their parents walking to school.

“When a community organises itself, I strongly believe we can achieve anything we set our minds to. And also well done to the children who came out to voice their opinion for their opinion is equally as important as adults,” concluded Mac Giolla Easbuig.