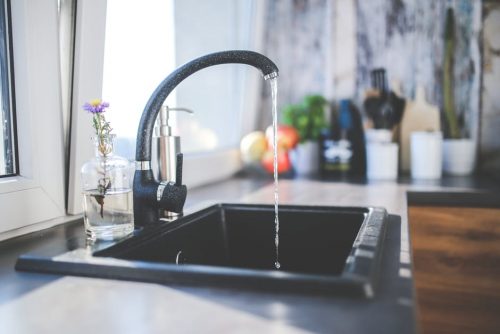 The water supples in areas servicing Ramelton, Milford and Kerrykeel are close to critical and restrictions may be put in place.

Fianna Fáil County Councillor Liam Blaney has warned that the situation regarding the supply levels in Lough Colm is now ‘very stark’.

Councillor Blaney said that the level was now 112 inches below the optimum level and is reducing by one inch per day.

“It is a wake-up call to the people in the area,” Councillor Blaney said.

“It is 112 inches below optimum level and if that went to 140 inches, there could be restrictions and maybe tankers needed. This was 25 or 26 days ago and there hasn’t been much heavy rain since and we don’t expect enormous amounts of rain.

“It is very concerning for us as Councillors and for residents to hear that news. It should have been flagged to Irish Water that Lough Colm is not capable of supplying such a large area.

“A solution has to be got.”

Councillor Blaney explained that areas of Rathmullan were now being serviced from Milford and noted that disconnection had been mooted. Councillor Blaney mentioned that Gort Lough was mentioned but that it was ‘not the quality that it should be’.

Ramelton-based Councillor Ian McGarvey said: “A circular was issued to all of us stating that there was a crisis in the area and there is no back-up.

“Significant money has been spent taking it to Rathmullan, but something is wrong with the detailed planning.

“We have been told Lough Mourne was the answer for Letterkenny and areas, but that seems to be off the map now.”

The Mayor of the Letterkenny Municipal District, Councillor Jimmy Kavanagh, said that Irish Water were committed to keeping members aware of developments and had committed to meeting with Councillors before the next meeting of Donegal County Council, which takes place at the end of the month in Lifford.