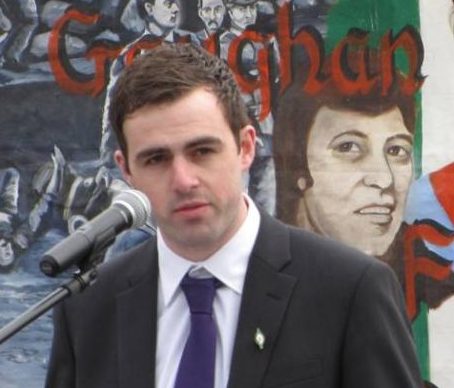 Cathaoirleach of the Inishowen Municipal District, Cllr Jack Murray, has said that sectarianism must be condemned and tackled, no matter which quarter it arises from.

Sinn Féin Cllr Murray made the comments after meeting with a representative of Newtowncunningham Orange Order at the site of their hall, which is currently being reconstructed.

Cllr Murray described the meeting as cordial and positive, and said; “Upon becoming Mayor of Inishowen I wrote to every community group in the peninsula on the council’s database, offering my support and assistance.

“Since then, one of the first groups to respond was the Orange Order in Newtowncunnigham.

“As an organisation they are currently rebuilding their hall as it was burnt down in 2014. However since turning the sod for the new building some sectarian comments were made on social media in response to the publicity resulting from the event. They became concerned that some individuals threatened to burn the new building and asked me to publicly condemn that.

“I condemn such comments without hesitation or reservation.

“I also agreed to meet a senior member of the orange lodge on site on Tuesday evening. At that meeting I took the opportunity to express condemnation of the comments made. In a frank discussion I also spoke of my opposition to sectarian bonfires built by loyalists in the six counties.

“I explained that I didn’t appreciate seeing photos of my national flag and my party colleagues’ election posters about to be burned. I also told him that it was hurtful when my own poster was burned on a bonfire in Drumahoe. I said that that should be condemned also.

“I will always condemn sectarianism towards both Catholics and Protestants and I would also call on Orange leaders to do the same.

“I am happy with the cordial and positive meeting. I strongly believe that we need to reach out the hand of friendship to each other in order to ensure lasting peace and harmony on this island. That should be a two way process.

“I will also engage with further meetings to explore the idea of a shared space for all our people in the area.”