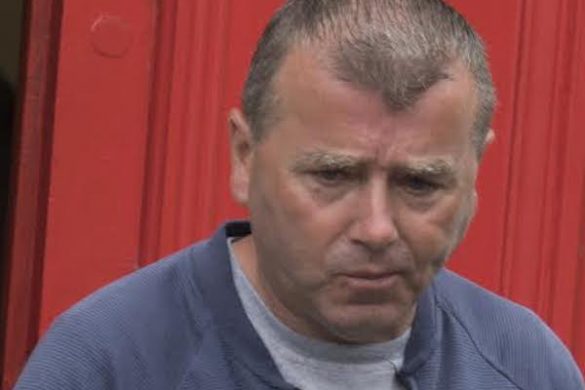 Jail for thief who stole over €5,000 from ill brother’s credit card

A Donegal man who stole over €5,000 from his seriously ill brother’s credit card has been jailed for two years, with the last 12 months suspended.

The complainant in the case, Kenneth Griffin, of Ard McCool in Stranorlar, who suffers from Parkinson’s, returned from a ‘holiday of a lifetime’ in Australia to find the entire contents had been taken from the account.

At the hearing for the case last month, Garda McCready said that Gerald Griffin, a father of two, admitted taking the card, but had ‘no recollection’ how he had spent the money other than ‘the clothes he was wearing and a George Foreman grill that he bought’.

A victim impact statement, read on behalf of Kenneth Griffin, said: “He is a cold, heartless thief and he doesn’t care about anyone other than himself.”

Previously, Gerald Griffin has served a five-month prison sentence in Northern Ireland relating to the use of the card in Strabane, where amounts totally €1,840 were withdrawn.

At Buncrana Circuit Court, an employer, Paul McLaughlin from Strabane, said he knew the accused for 15 years and described him as a ‘kind-natured man who would walk bare-footed to Cork and back for you’.

Mr McLaughlin said he would give Gerald Griffin 10-15 hours employment per week, on minimum wage. Barrister for the accused, Damien Crawford, asked the court to consider ‘exceptional circumstances’ and said the money, totalling €5,070, could be repaid in 6-9 months.

Gerald Griffin, who has a previous conviction for theft from Stranorlar Chapel dating back to 1997, faced a maximum ten years imprisonment.

“It was stupid and it was infantile,” Judge John O’Hagan said.

“The money remains outstanding to this day. He kept going until the pot was dry.

“The probation report has said that he is deemed suitable for community service, but this is a crime which has to attract a custodial sentence.”