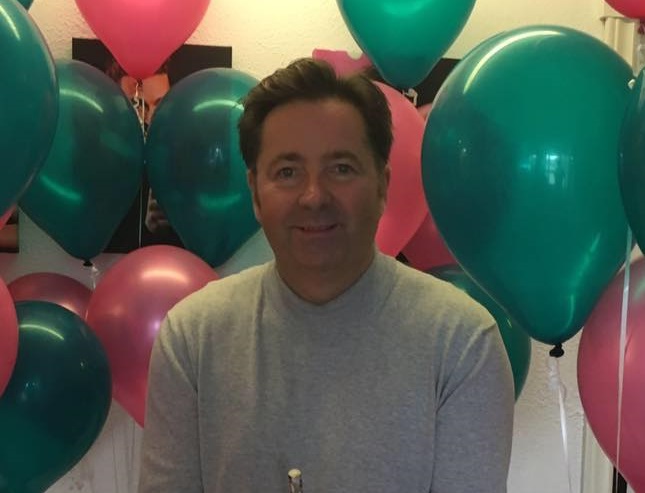 Today’s marks a milestone in local radio when Highland Radio’s Shaun Doherty signs off for the last time.

The morning chat show host has entertained the Donegal public for the past 26 years with a programme that has often set the local news agenda.

From what may be deemed trivial issues such as lost pets to more heavyweight matters of health and politics, Doherty had his finger on the pulse.

As well as possessing that all-important common touch, Doherty empathised with his listeners, be that a single mother waiting three years for a council house or some poor unfortunate on a never-ending waiting list for surgery.

However, fronting the station’s biggest show also brought him his own minor celebrity status which allowed him to interview well-known local and national names with ease.

Celebrity names such as Daniel O’Donnell and Phil Coulter combined with names from current affairs such as the AA’s Conor Faughnan found themselves at ease with the host.

From the Omagh Bombing to the more recent Buncrana Pier tragedy, Doherty has covered the most difficult events with a sensitivity that drew a bond between the broadcaster and his listeners.

He may have spoken with a soft English accent courtesy of his upbringing in Stoke, but Shaun Doherty found a home here and became as much of Donegal as the Polestar Roundabout or McDaid’s Football Special.

Quite simply when people think of Highland Radio, they think of ‘Shaun the Doc.’

But today marks the end of an era when he tells his listeners to do “whatever you do, do it safely but most of all, do it with Highland Radio.”

There’s no doubt that successive owners of Highland Radio could not have enjoyed their continued success without the input of ‘Shaun the Doc.’

He was the station’s promotion and marketing manager for a period and regularly voiced-over adverts and often went on the station’s coach tours.

He will admit that he couldn’t have done his show on a daily basis without the input of producers such as Caroline Orr and Ciara Johnston.

He hasn’t revealed exactly what his plans are.

Rumours abound of an offer from Newstalk while those close to him say he plans to take some time off and do some charity work.

Whatever he does, Highland know they have big shoes to fill.

Several names have been bandied about including Noel Cunningham, BBC Radio Foyle’s Enda McClafferty, the station’s own Greg Hughes as well as writer and broadcaster Frank Galligan.

Whoever takes over the mantle know that they will have to make the show their own, as Doherty did for so many years.

For the owners of Highland Radio, they know it is critical they choose the right person to replace a personality who has arguably contributed more than anyone else to the success of the station since its inception.

End of an era as Highland’s ‘Shaun the Doc’ does his last show today was last modified: July 14th, 2017 by Stephen