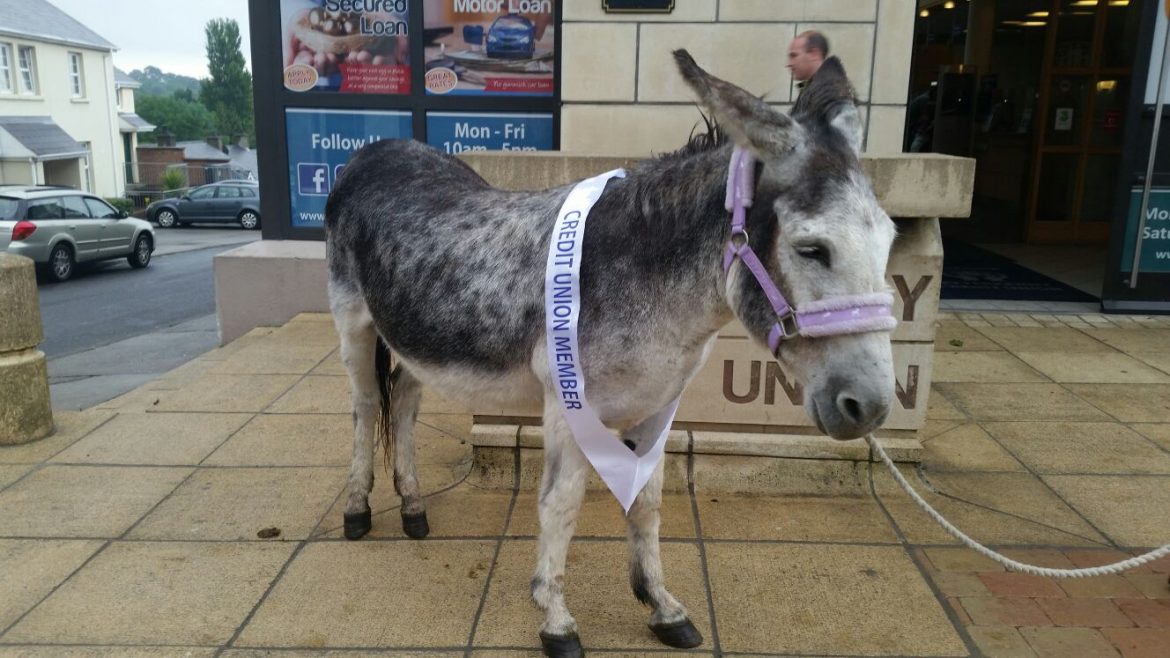 Quiney the Donkey has become an eeyore-norary member of the Letterkenny Credit Union this week.

The famous Donegal Donkey Sanctuary resident and his carer Danny Curran were welcomed by the CU staff, who are proudly sponsoring a month in an upcoming DDS calendar. The staff posed for photos with Quiney so they won’t be accused of telling ‘tails’ about a donkey visiting! 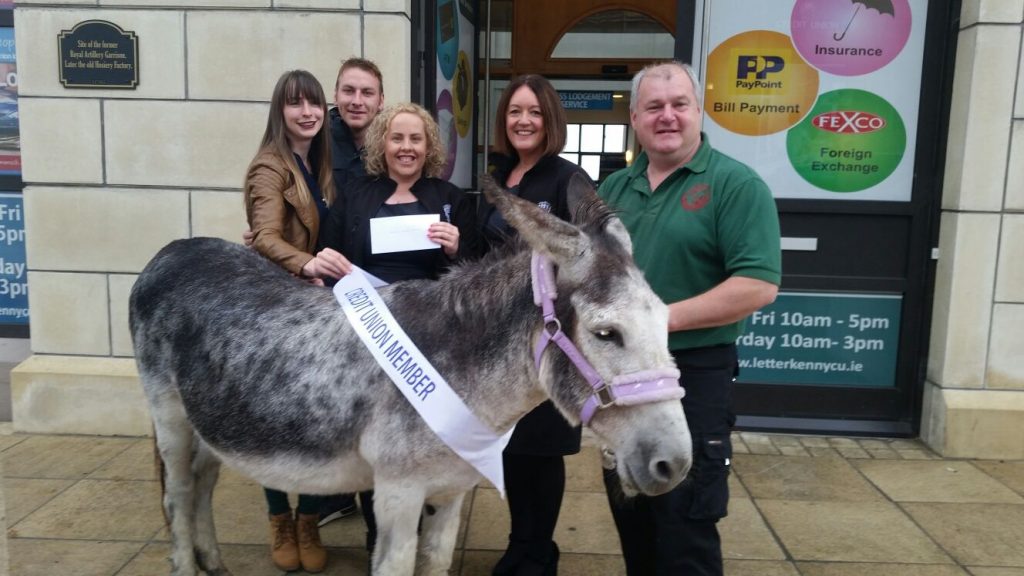 Quiney is one of the sanctuary’s first rescue donkeys. He was found in a very remote area of bogland and had been tied to an old car and left to die. He was found seriously dehydrated and brought to the sanctuary to be cared for and restored back to health. 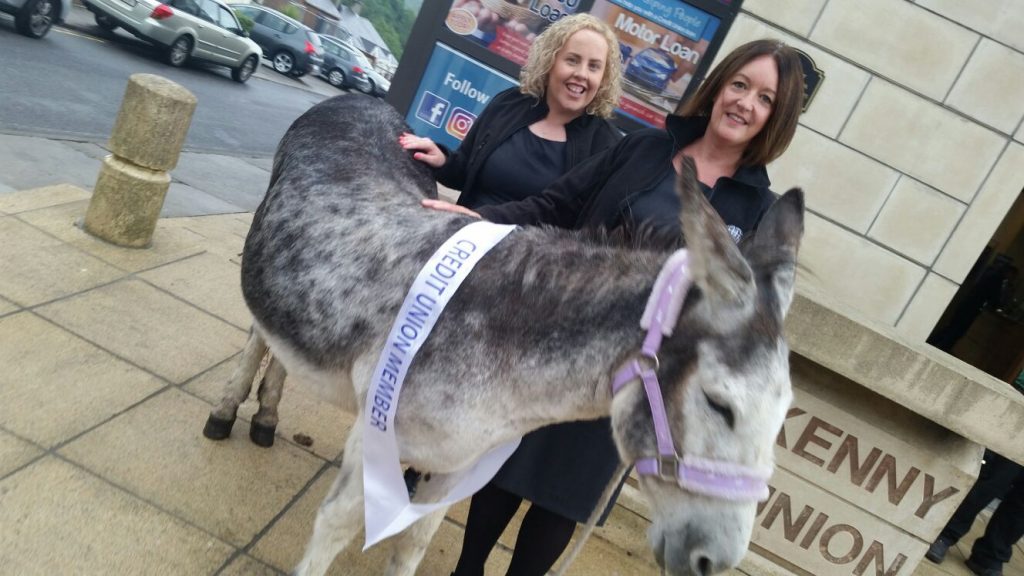 Just last month Quiney had an outing at a wedding, where he wished a young couple all the best for a stable marriage. Click here to look back on that adventure: https://www.donegaldaily.com/2017/07/03/did-you-hear-about-the-donegal-donkey-who-turned-up-a-wedding/

Quiney is one of many donkeys whose lives have been saved by Danny and Sandra Curran at their Raphoe sanctuary.

This weekend, there will be a day of celebrations at the Donegal Donkey Sanctuary as little Timmy the miracle donkey marks his first birthday.

Timmy was born in July 2016 with a deformity which meant his hind legs were bent and twisted, preventing him from standing or feeding normally. In order to help him walk and run, he was fitted with a set of prosthetic shoes which are glued to his tiny hooves using a special adhesive.

He has since come on in leaps and bounds and everyone who has supported Timmy during his recovery is welcome to come along to the party. 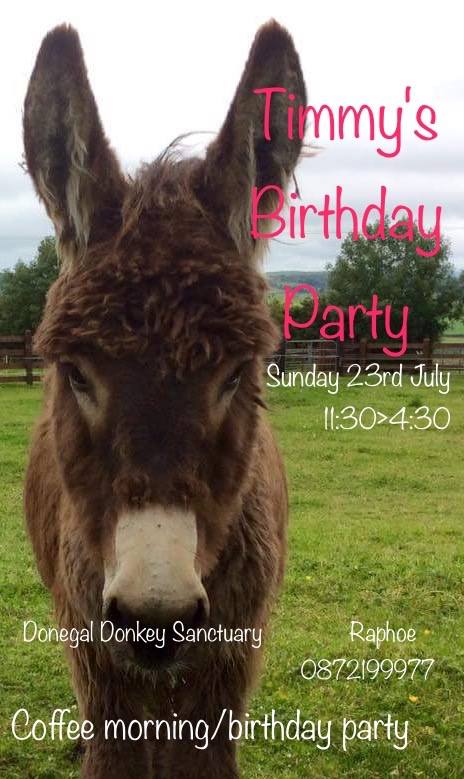 Families can meet the star donkey and his mum Twilight. All donations on the day will go towards Timmy’s ongoing care.

The Donegal Donkey Sanctuary is a non-profit making operation that helps rehabilitate and rehome distressed and unwanted donkeys. They post regular updates on all the other donkeys on their Facebook page and run an adoption programme so people can sponsor the care of the animals. For donations, click here to donate via the Facebook page.