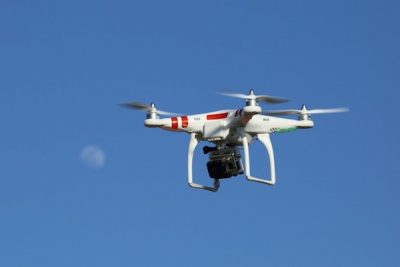 Drone usage could soar to new heights in Donegal

Donegal County Council’s drone supplies could be taking off on a number of new operations.

The council have purchased a number of drones and are considering deploying units to monitor flooding, illegal dumping and water contaminations.

Drones are also being considered for the use of lifeguards on Donegal beaches to monitor beach goers.

Cllr Gerry Crawford this week asked the council if they would consider using the technology on beaches in a similar way to Clare County Council. Co. Clare lifeguards are currently trialling the search and rescue app DroneSAR, which was launched by a Donegal start-up.

He said drones are already used by Donegal County Council to support search and rescue operations by the Civil Defence.

The council confirmed they are considering expanding into using drones for the assessment of areas affected by flooding, illegal dumping and sources of potential contamination of water catchments.

This includes environment staff using drones for coastal management activities and supporting the work of lifeguards.

“The use of drones may act as a deterrent to those beach goes who do not adhere to the beach bye laws, marine bye laws, littering and traffic,” Mr McGarvey said.