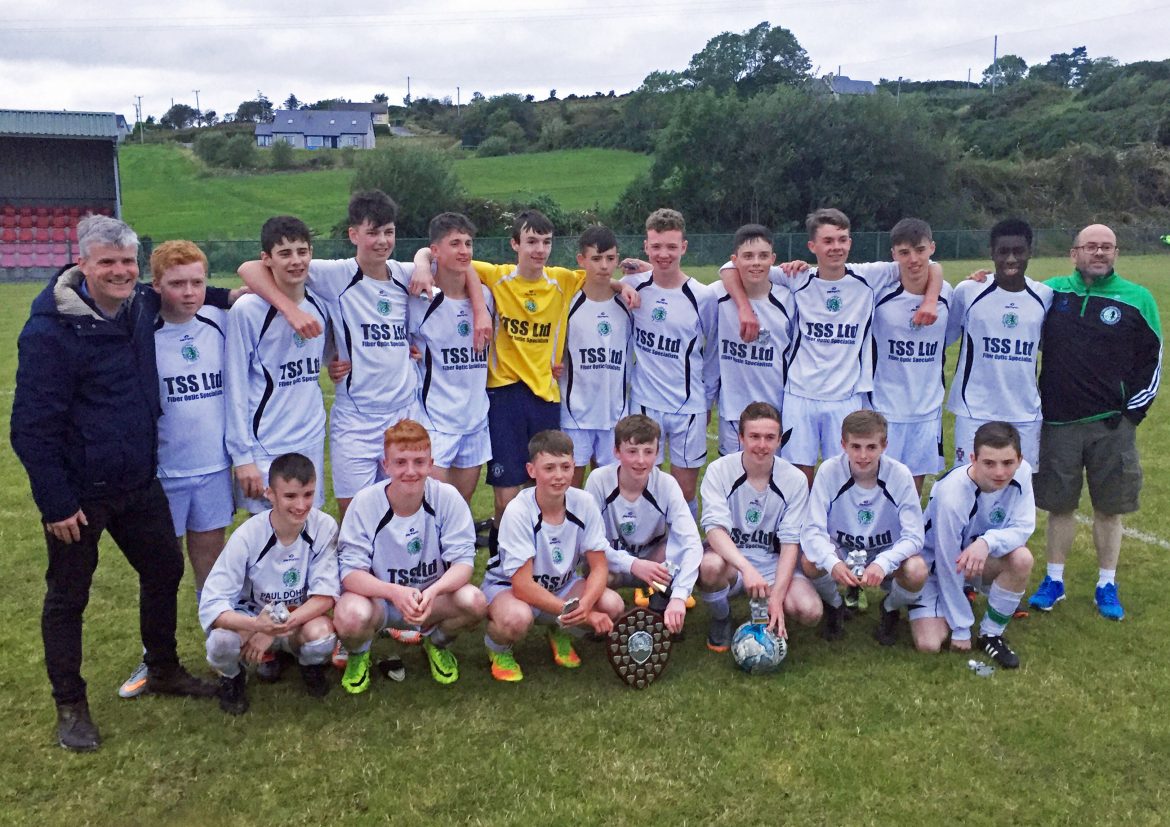 Eany Celtic U16s beat nearest rivals Donegal Town in a thrilling top of the table clash to clinch yet another South Donegal Schoolboy’s League title for the Inver club.

It was a pulsating encounter played out in front of a large crowd at Eany Park. The home side only needed a point to see them secure the title while Donegal went in search of all three. It was a high tempo affair from the start with both sides mounting early attacks.

Eany midfielder Halim Egberongbe was denied by Donegal keeper Oisin Bryson after his shot from the edge of the box was palmed over the crossbar for a corner and Donegal forward James Kerrigan almost broke the deadlock when he raced through the Eany defence only to pull his shot just wide of keeper Enda O’Hagan’s far post.

Free kicks from Joe Campbell and Richard O’Rourke came close but failed to pay dividends for Donegal and despite the constant threat from the pace of Eany’s Jack Byrne and Loughlan Mulroy up front the two sides went in level at half time.

As play resumed Donegal looked the likelier of the two teams to score and with 15 minutes of the second half gone it was Kerrigan again who latched onto a through ball from Alex McAlmont, beat two defenders and gave the outstretched Eany keeper no chance with his first class finish.

From the restart Eany pushed on in search of an equaliser and as the half progressed their central midfield duo of Maxwell and Hutchinson began to dominate. With only 14 minutes left on the clock Thomas White launched a free kick into the box and the in form Mulroy pounced to grab the equaliser after a frantic goalmouth scramble.

With their tails up and the home crowd behind them Eany pressed on and with 8 minutes to go Byrne found himself with the ball at his feet and the goal at his mercy but his left footed strike hit the post and trickled wide. It would be the 76th minute before Eany would finally put the result beyond doubt.

Byrne broke down the left wing and delivered a pinpoint pass into the path of Mulroy whose cross into the box sat up nicely for Eany number 10 Kyle Campbell to coolly slot home the winner.

Donegal rallied but it was too little too late as Eany’s defensive quartet of McGuckin, Jervis, Dobbyn and White demonstrated why they have the meanest record in the league conceding only 6 goals in 15 games.

The final whistle brought scenes of jubilation as the Eany players and their supporters celebrated what was a tremendous victory and a deserved league title for the Inver club.

League Chairman Ian Curristan thanked supporters for turning out and congratulated both teams on what was a competitive and entertaining game.

The League trophy was presented to Eany captain Jordan Jervis by Paddy Brogan. 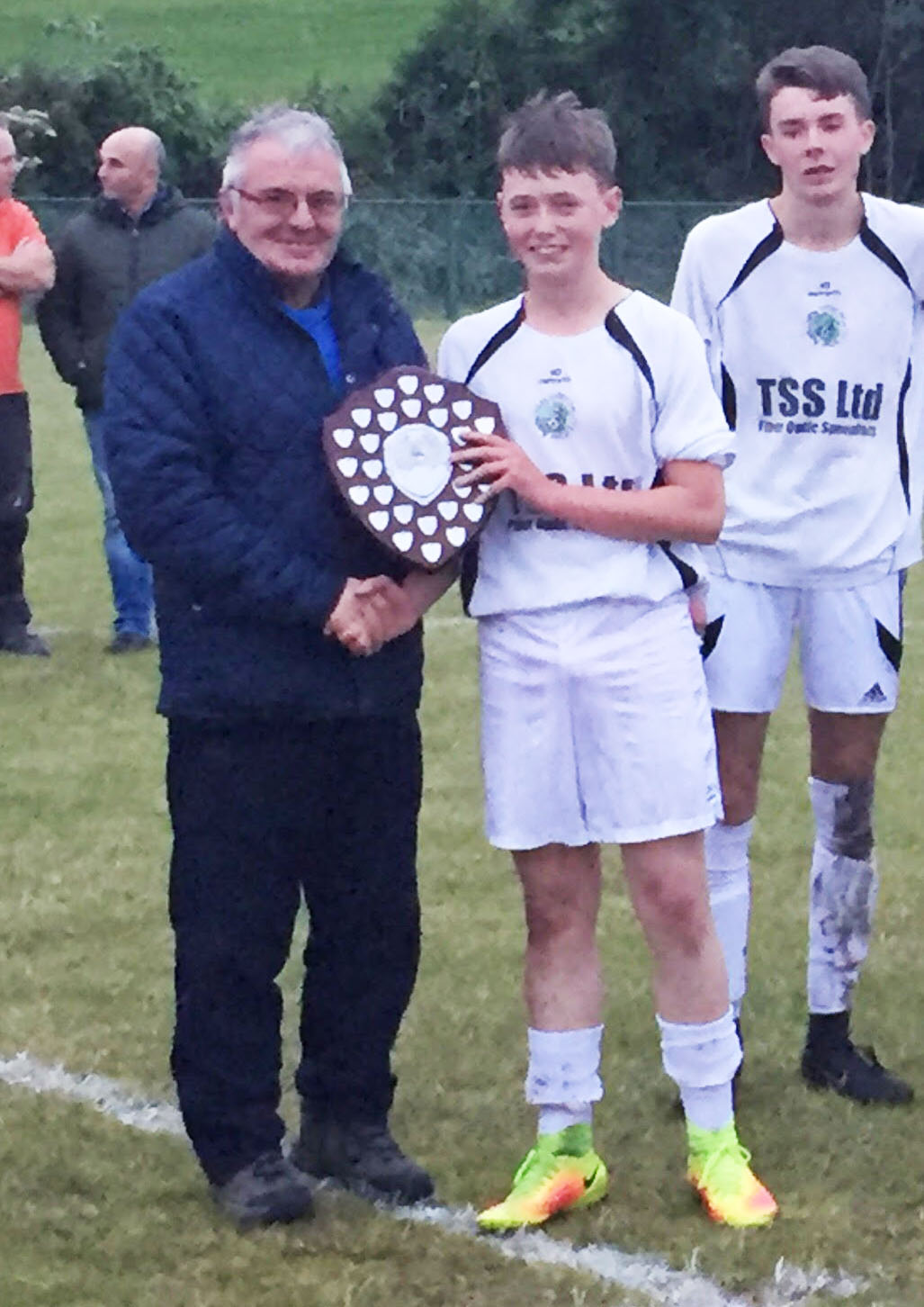