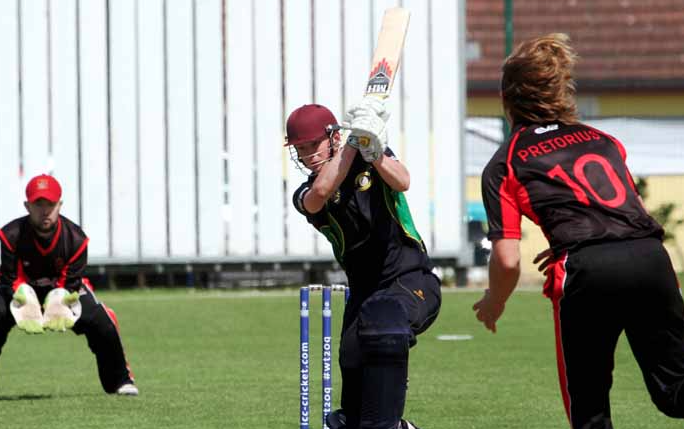 St Johnston lost the Ulster Shield final yesterday after pushing Strabane to a ‘super over’ at the end of an enthralling game.

The teams tied the 20-over final, but Strabane took victory in the six-ball shoot-out at the end.

Strabane made seven from their over, Kevin Pretorious landing the winning runs, getting two off the final ball.

Strabane hit 156 for the fall of five wickets in their 20 overs.

Nathan Cole and David Anthony did a bit of damage with the ball as St Johnston dimmed the Red Caps’ charge.

In return, David Lapsley (pictured) knocked five sixes and five fours on his way to an excellent unbeaten 74.

Michael Rankin (30), David Macbeth (22) and Jack Macbeth (20) were the other batsmen to impress for the Saints.

St Johnston stopped just shy of edging it and were pipped at the post.