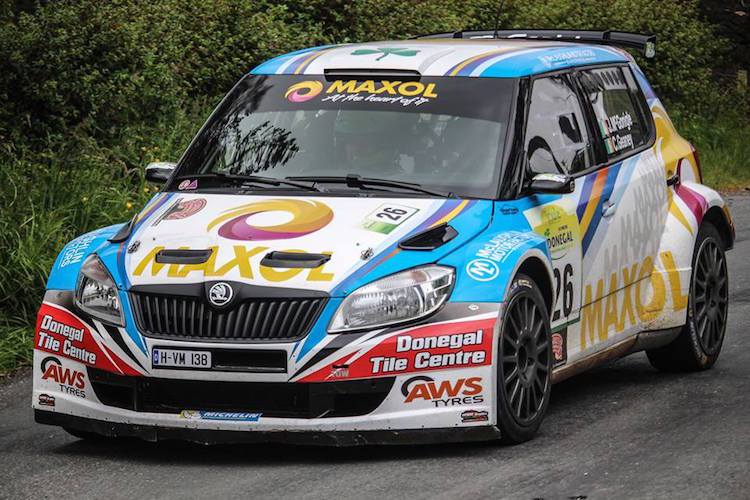 Local crews are gearing up for 2017 Ulster Rally this weekend

There are some big names and a good Donegal interest in this weekend’s John Mulholland Motors Ulster Rally, which is based in Derry city on Friday and Saturday.

Now celebrating its 41st year, the Ulster Rally is once again sponsored by local business, John Mulholland Motors and Derry City and Strabane District Council. Organisers have confirmed the route will feature revised stages for the 2017 event, including the introduction of the Re-Grouping halts in Strabane Town Centre which will give spectators the opportunity to get up close to the competitors.

Robert Harkness, Ulster Rally Event Director said: “Once again we have had a huge interest in this year’s event, with around contenders flocking from across Ireland, UK and even America to compete, including some of the top Championship contenders. Among them will be top motorcycle rider Michael Dunlop who is hoping to add another four wheel title to his quota of victories. The route promises some fantastic action and with more than 18 R5 and S2000 cars the event will be a real spectacle for racing fans.

The Mayor of Derry City and Strabane District Council, Councillor Maolíosa McHugh said he was looking forward to a thrilling weekend, with the rally kicking off from Ebrington Square on Friday.

He said: “Road racing is very popular in the North West and council is pleased to host the Ulster Rally and the thousands of dedicated followers of the sport who travel far and wide to see some of the very best drivers and cars in action.

“I am very pleased that the organisers will once again work alongside local group Maiden City Motor Club and local business John Mulholland Motors of Campsie and Derry City and Strabane District Council (DCSDC) to deliver this event.

“Last year, we welcomed thousands of motor and racing enthusiasts to the North West from throughout Ireland, the UK and Europe and received really positive feedback from those who visited for the first time. As the race continues to grow this weekend promises to be another exciting weekend, and the ideal opportunity to show off the district’s beautiful rural areas.”

Muff’s Joseph McGonigle is the leading Donegal man on the entry list, in the Skoda which is the 11th seed. McGonigle will have Falcarragh man Ciaran Geaney on the notes.

Kevin Eves from Pettigo is back in action in the Corolla with William Lynch co-driving and Letterkenny’s Marty Gallagher, with Dean O’Sullivan of Convoy calling the way, go in the Peugeot 208.

Gavin Kelly and Eamon Gillespie, in the Evo 9, as well as Raymond McLaughlin and Martin McBrearty in the Ford Puma, are among the others in action.

The rally gets underway from the Guildhall Square in Derry/Londonderry on Friday.

The competitors will then travel to the Head Quarters and Service Park area at Ebrington to begin the race.

Two regroups will feature in the 2017 event, including Friday  in Guildhall Square at around 4.45pm and at Strabane on Saturday at around 2pm.

The rally finishes at Ebrington Square on Saturday where spectators can view the cars roaring over the finish line from 6pm. A number of vantage points for spectators will be located throughout the route and highlighted in the event programme.

Listen live online with Rally Radio broadcast from the stages, get all the latest news and updates, just logon to www.ulsterrally.com to tune in.