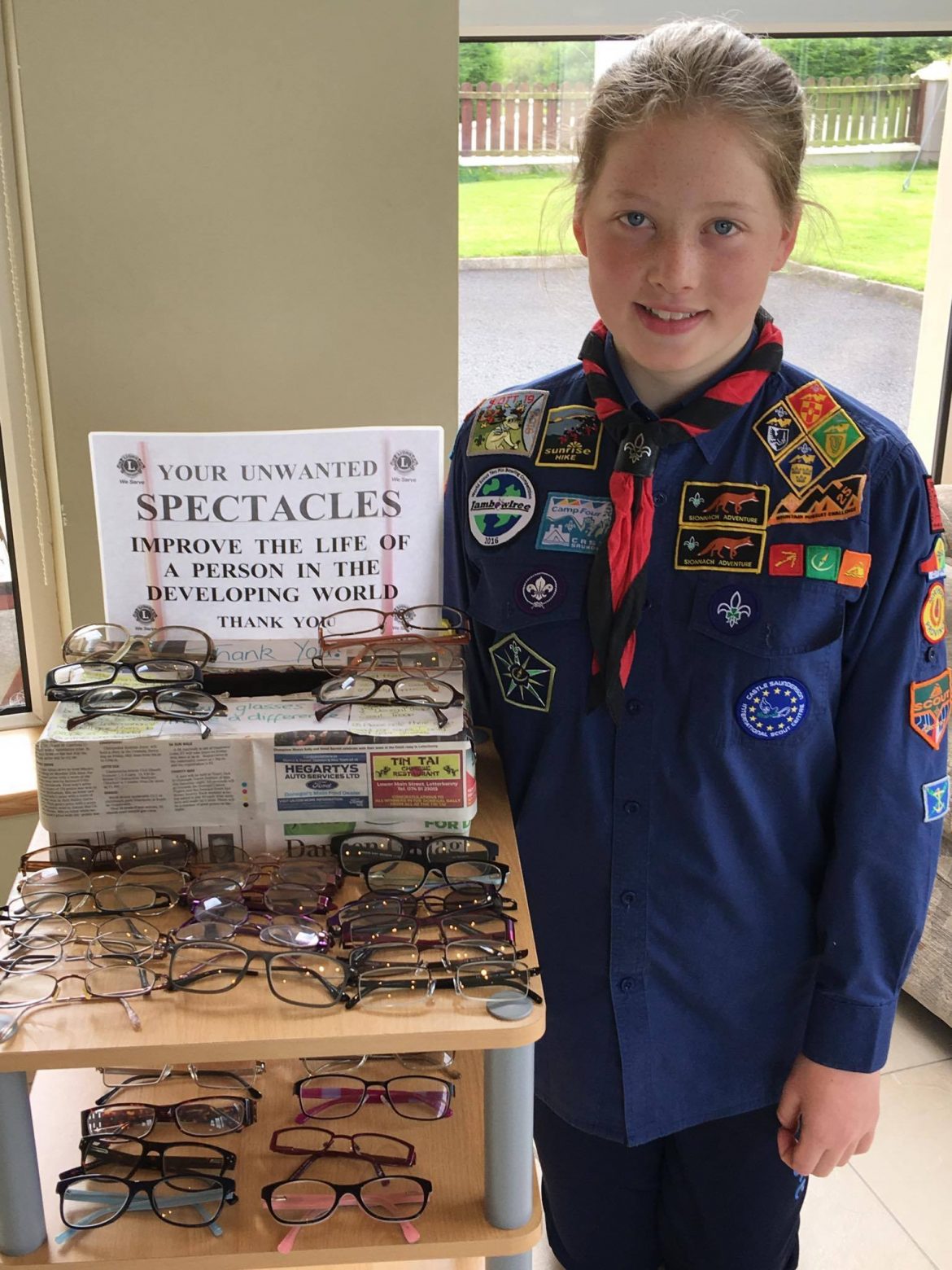 14-year-old Niamh Coyle from Raphoe is helping give the gift of sight to those in developing countries with her unique project.

As part of her Chief Scout Award and Gaisce, Niamh has come up with the ‘spec-tacular’ idea of collecting glasses for the Lion’s Club International to donate to those with limited vision in developing countries in Eastern Europe, Africa, and India.

Niamh explained to Donegal Woman that eye care is something we take for granted and that we often forget that those in developing countries may not have access to opticians.

“I wear glasses myself, and I think it’s a privilege that when we need to, we can go to the opticians and get a pair of glasses.

“I had some spare glasses at home and thought about how I could give them to others as I know how difficult it is to be without glasses.”

Niamh says that the support from the community has been overwhelming since she began her project.

“The house is coming down with glasses! The boxes in the shops are overflowing. We have a couple of hundred pairs already.”

A busy woman, Niamh is a scout in 3rd Donegal (Raphoe) Scout Troop, and recently completed the adventure part of her Chief Scout Award by leading a group of younger scouts on the Burtonport Railway Walk before embarking on an overnight expedition to Arranmore – covering 26km on foot during the trip!

If you have some spare spectacles that could be useful for Niamh’s project, you can put them in one of her collection boxes at Coyle’s Centra Raphoe, Louise Masterson’s Opticians Raphoe, Raphoe Pharmacy, and Simple Simon’s Healthfood Shop in Donegal Town.

The glasses must be in good condition for people to wear and you don’t need to send the case.

Niamh is hoping to collect as many glasses as she can for her project and assures you that your glasses will make a huge difference.