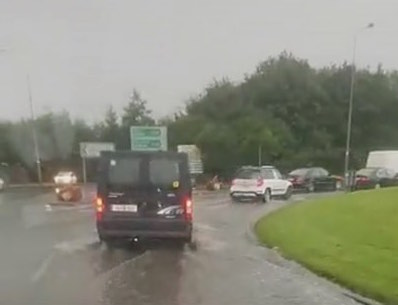 Motorists warned to take extra care after flooding on roads

Gardai have warned motorists to take extra care after several incidents of flash-flooding across the county.

The Dry Arch roundabout in Letterkenny has heavy water on it while there are also reports of flooding in Ballybofey, Lifford and Buncrana.

“It is so important that drivers do not take any chances and that they slow down during heavy rain.

“Also they should not drive through any flooding at any speed.

“I would plead with drivers to take care during this inclement weather and not to take any chances,” he said.