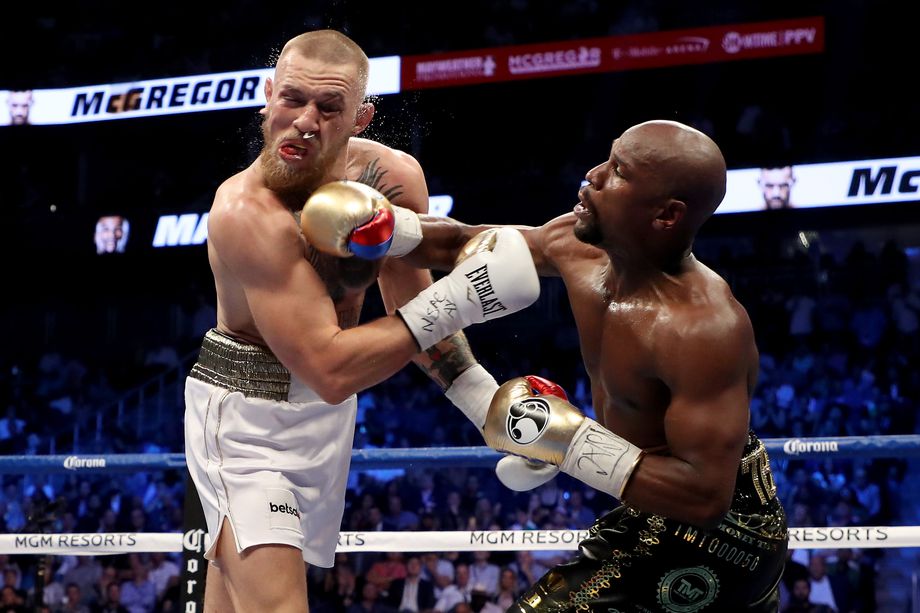 It was perhaps a testament to McGregor’s durability for almost ten rounds that Mayweather, retiring from boxing with a perfect 50-0 record, described the Irishman as ‘the right dance partner for my last dance’.

Mayweather goes off into the sunset, his bank balance bulging by an obscene nine-figure sum, after a tenth round stoppage of two-weight UFC champion McGregor at the T-Mobile Arena in Las Vegas.

McGregor, making his professional boxing debut in one of the richest boxing matches in history, took the opening couple of rounds before Mayweather got to work.

The bout lasted longer perhaps than many believed.

In the tenth round, Mayweather rocked McGregor with three huge right hooks. McGregor was on his feet, but under immense siege from Mayweather when referee Robert Byrd stepped in to call a halt.

Mayweather showed all of his experience and nouse in the middle rounds, though McGregor – gassing badly in the sixth – had his moments.

In the ninth round, Mayweather had McGregor staggering and was grateful to make it back to the stool at the bell.

The end was nigh and Mayweather soon brought it to a close at 1:05 in the tenth stanza.

Who else thinks @TheNotoriousMMA would do well in the olympics , he be hard beat over 3 rounds

Trained our hardest and gave it our best shot. Came up short this time but we'll be back. Win or Learn

Novice boxer going against TBE for 10 rounds isn't too bad

Well @TheNotoriousMMA you did Ireland so proud. ..