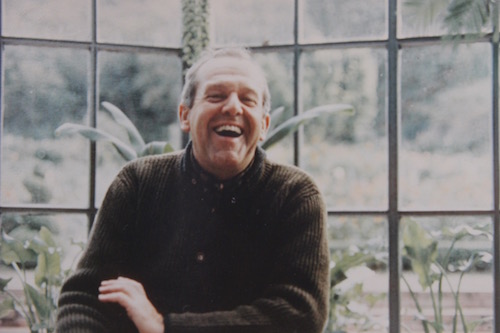 The life and times of Henry McIlhenny, an American millionaire who owned Glenveagh Estate, will be explored once more in a TV documentary.

Glenveagh lies in the heart of the Derryveagh Mountains in the North West of County Donegal and is the second largest of Ireland’s six national parks.

Like so many properties that now belong to the state, Glenveagh Castle was given to the nation by a generous benefactor, and a repeat showing of a documentary this Tuesday (12th September @10.35pm) on RTE One tells the story of Henry McIlhenny, the last private owner of the Glenveagh estate. 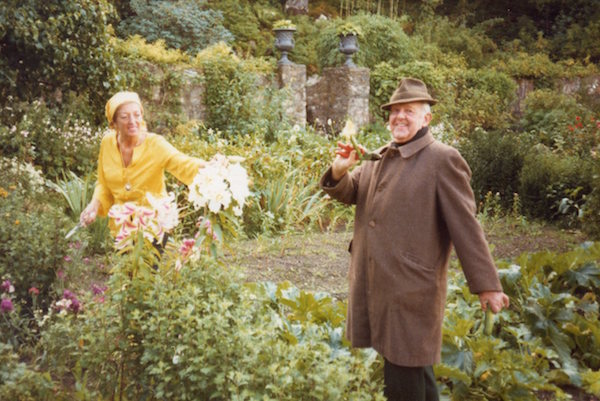 Less than 100 years after his widowed great-grandmother emigrated to America with four young children, Henry McIlhenny returned to the land of his forebears.

Henry McIlhenny: Master of Glenveagh was shot in Glenveagh and Philadelphia and includes interviews with people who stayed at Glenveagh as Henry’s guests, including American photographer Richard Noble, and with two people who each worked for him for 30 years, his butler Paddy Gallagher and his agent Julian Burkitt.

For anyone interested in social history, fine art, the logistics of keeping the castle and deer park running, gardens, interior design and even making a telephone call in the 1970s, this is a fascinating documentary, with stunning photography to match the grandeur and beauty of Glenveagh. 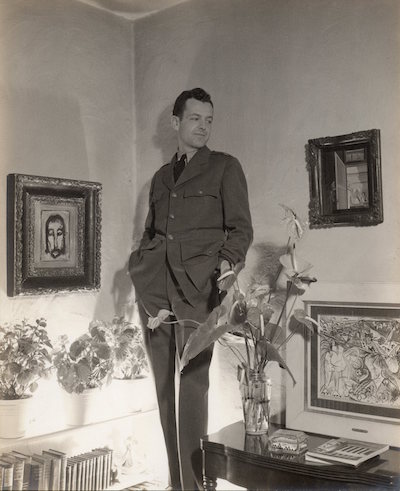 The land which now comprises the National Park was originally consolidated into a single estate in the 19th Century by John George Adair, a wealthy land speculator from County Laois who became notorious for the eviction of 46 families from Derryveagh. Adair built a castle, modelled on Balmoral in Scotland, which was completed in 1873.

In 1929 the estate was bought by another American, Arthur Kingsley Porter, a professor at Harvard who owned the estate for just four years before disappearing mysteriously and his widow sold the estate to a 27 year old American with Ulster Scots roots – Henry McIlhenny.

Henry was in Donegal in September 1939 when Britain declared war on Germany. He returned immediately to the United States where he served with distinction. The documentary contains footage of a kamikaze attack on his ship, the USS Bunker Hill, in May 1945. After the horrors of war, Glenveagh offered peace and sanctuary. For the next 40 years, Henry spent every summer in Donegal.

Around the castle he created gardens that are ranked as some of the finest in Europe, and inside he set about creating a style that was both appropriate and unique.

He was known as a thoughtful and generous host and Glenveagh became renowned for its deer stalking, and amazing food.

Many of the guests who visited Glenveagh reflected Henry’s passion for the arts and some of them liked Donegal so much, they moved there permanently. One such guest was the American photographer Richard Noble, who is interviewed in the documentary. Another was the artist Derek Hill with whom Henry had a friendly rivalry.

In the 1970s, Henry entered into negotiations with the Irish government to sell most of his land, but Glenveagh’s isolation offered no protection against the Troubles. A combination of the Troubles, the expense of keeping the estate going and old age persuaded Henry to leave Glenveagh in 1983.

He gave the castle and gardens to the nation, and stipulated that all the people that he had employed would keep their jobs. Glenveagh opened as a National Park in 1984. Henry died in 1986 – he never came back to Ireland.

Philadelphia and Ireland have both benefited greatly from Henry’s generosity, which has ensured that many people can enjoy fabulous works of art, and some of the most spectacular landscapes and gardens in the world.

Narrated by Bibi Baskin, the documentary was written, directed and produced by David Hare (Myrtle Allen: A Life in Food and Ballyfin: Portrait of an Irish Country House).