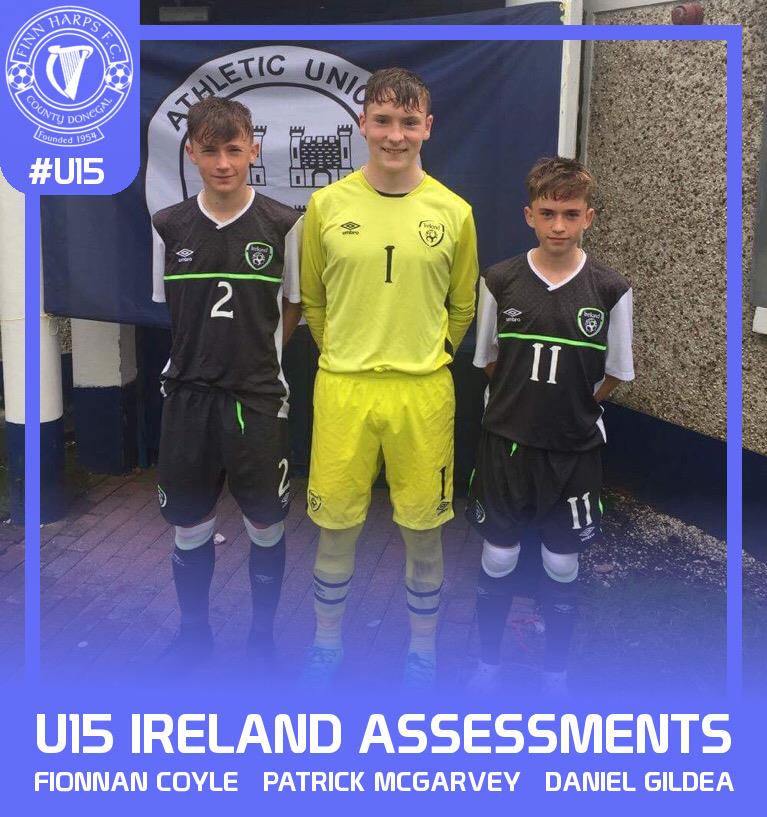 Harps U15 Manager: “Attitude is everything, and we’ve a bunch of boys hungry to improve all the time”

The Finn Harps U15s travel to face the Mayo League this weekend with the game taking place in Castlebar. The match is sponsored by M&N Groundworks.

Reflecting on last week’s game vs Derry u15s, manager Kevin McHugh expressed satisfaction at the overall performance: “The score line certainly didn’t resemble the game. I thought we dominated game throughout and played some great stuff. Yes it was disappointing to drop points, but the way we performed was very pleasing.

“These boys are getting better week by week and that’s all you can ask for. Attitude is everything to us at Finn Harps FC Academy, and we have a bunch of boys hungry to improve all the time.”

Looking ahead to the Mayo game he said: “We are on the road again to Mayo this Saturday, another tough opposition and as per last week, we have prepared for the game with the same work ethic and will look to improve on last week’s game. We have a few players injured and missing, but that’s why we have a squad.”

McHugh also expressed his happiness that three of his squad, Fionnan Coyle (previously of Gweedore United), Patrick McGarvey (previously of Kilmacrennan Celtic FC) and Daniel Gildea (previously of Fintown Harps A.F.C), had been invited to take part in Ireland u15 assessments.

“We are here to develop players, so its pleasing to see this sort of recognition. It’s great for the players and their former clubs to see the fruit of the hard work they’ve put in”.

Harps U15 Manager: “Attitude is everything, and we’ve a bunch of boys hungry to improve all the time” was last modified: September 16th, 2017 by Elaine McCallig
FacebookTweetLinkedInPrint
Tags:
Castlebarfinn harpsFootballMayo Leagueu15.