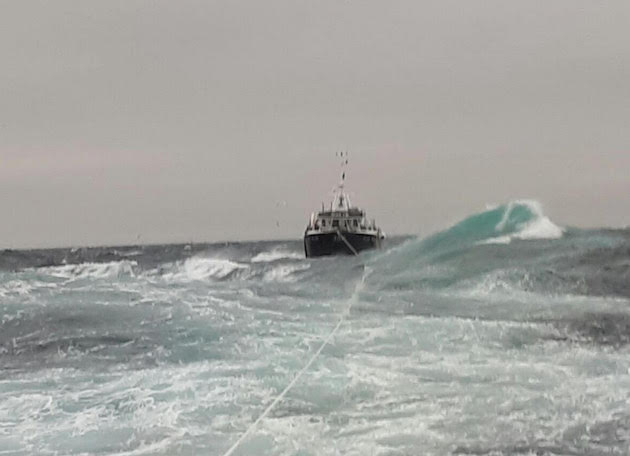 The Arranmore RNLI Lifeboat was called to give assistance to a crabbing boat which got into difficulty 35 miles north-west of Arranmore Island yesterday.

The boat, 15 metre, 60 tonne vessel, had four crew members on board.

The lifeboat was called out at 4pm when the trawler suffered engine failure.

Weather conditions at the time were moderate with south/south-east winds, force 6-7 and 3-4 metre swell.

When the lifeboat reached the trawler, the crew secured a tow rope and the trawler was towed to the safety of Burtonport harbour.

Lifeboat Coxswain Jimmy Early praised all involved in the rescue.

“This was a textbook rescue with favourable weather conditions and experienced fishermen who knew exactly what action to take in an emergency, they did all the right things to affect their rescue.”