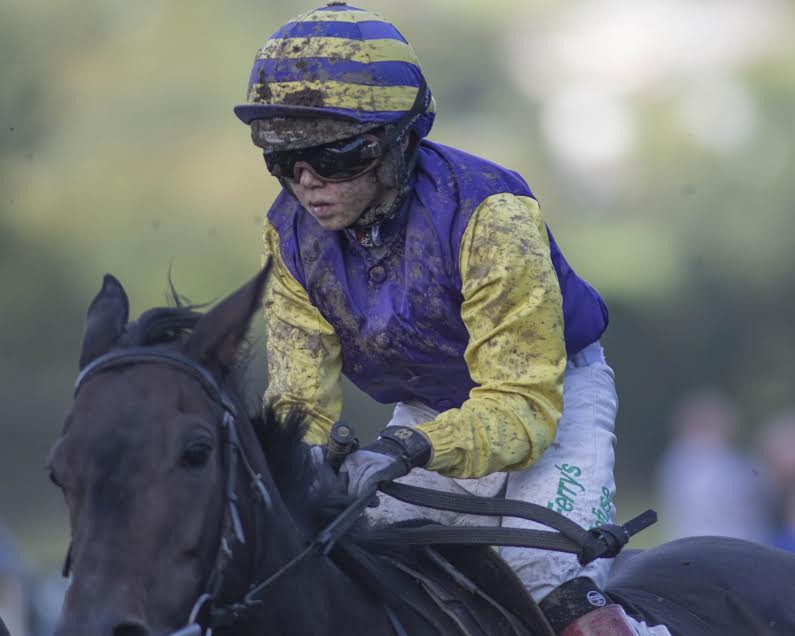 Local teenager Dylan Browne McMonagle, who is making a big name for himself in horse racing circles was crowned champion jockey at Finn Valley on last Sunday as he recorded a double.

The talented teenager gave Let’s Go Now a patient ride and led past the furlong pole for a snug victory. He quickly doubled up on Five Stone of Lead in the 148cm one mile.

The opening race 12 furlong open was won by Donegal Dan for Kildare rider Joey Dunne. Donegal Dan made all the running and ran out a convincing winner.

The mile and a quarter non winners was won by Crafty Boy who finally got off the mark for southern champion and Kilkenny born Mikey Sheehy.

The fifth race on the card was a 153cm and was won by the Ballyare owned Dylan’s Pride who dug very deep to win for county Antrim and Dingle derby winning jockey Sam Ewing who looks to be another star in the making.

The Paul McGill owned and trained Osaka took the sixth race on the card, a mile open in gutsy fashion for Tipperary supreme Shane Crosse, another young jockey who seems destined for bigger things to come.

The local race was won by Bailey for Erin Sheridan, with Moonlight in second place for sister Niamh in what was a thrilling finish