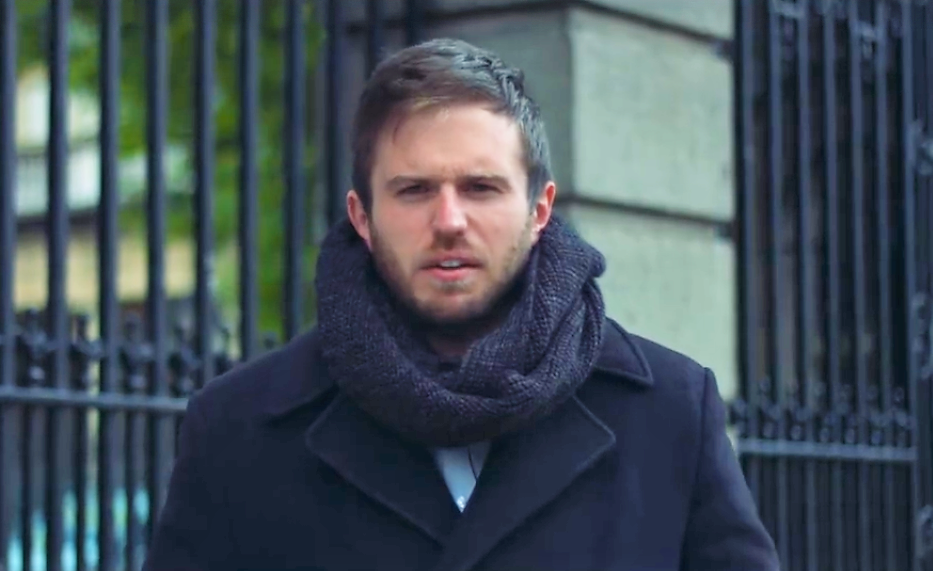 Donegal man and activist Tim Jackson has announced he will bring his hunger strike to an end today.

The Former Independent election candidate began fasting 10 days ago in a bid to force the Oireachtas committee examining the Eighth Amendment to watch a video of an abortion.

The Oireachtas Abortion Committee met today and refused to watch the animated footage, according to Tipperary TD Mattie McGrath. As a result, Jackson (28) said his hunger strike will end and he vowed to continue his pro-life campaign ahead of next year’s referendum.

Speaking outside Dail Eireann this afternoon, Jackson said: “Today is the last day of my hunger strike. I don’t think it’s worth anyone losing their life on this issue. It is incumbent on all of us to stand up more than ever and speak out with greater truth and fearlessness than ever because so many lives are on the line.”

Jackson had been positioned outside government buildings with a white flag since Monday, September 18th. He had written to Taoiseach Leo Varadkar and Senator Catherine Noone, chairwoman of the Oireachtas committee to ask that they watch the procedure video before discussing a referendum any further. When he did not get a response, he vowed to go on hunger strike and said he would drink only water until the committee watched the video together. 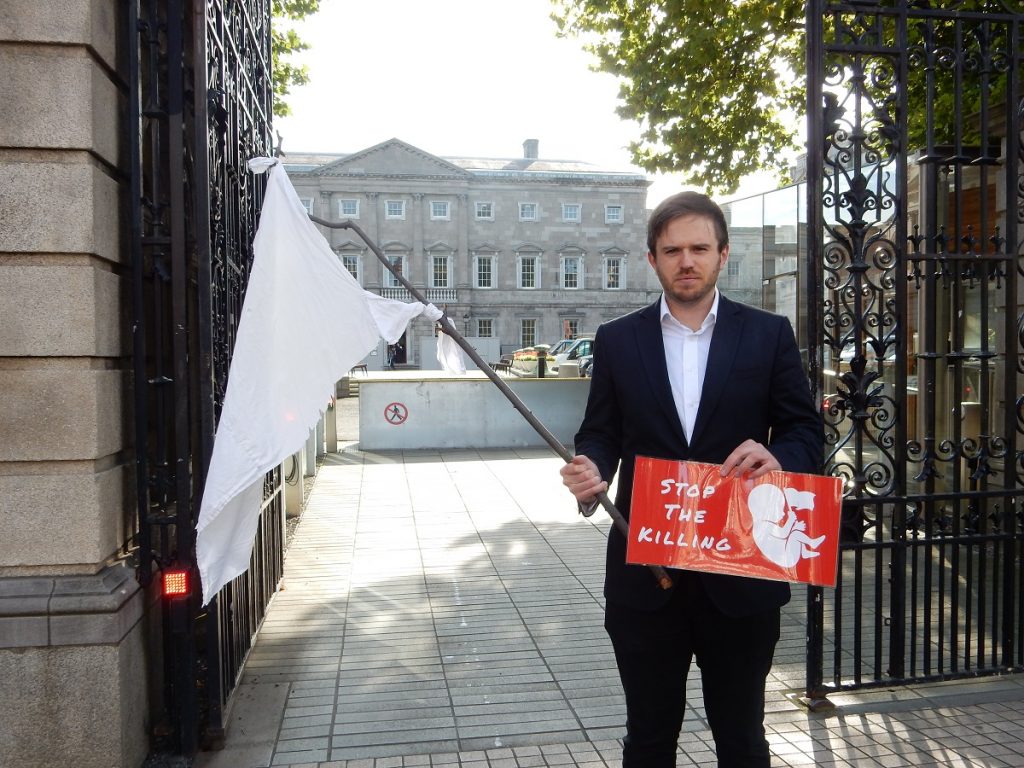 Mattie McGrath TD, who is a supporter of Jackson’s campaign, attended the Oireachtas Committee meeting today (Wednesday). He said he attempted to show the animated video but claimed that the chairwoman, Senator Noone, refused for the DVD to be shown.

Fine Gael Senator Catherine Noone said she has already seen the video and Deputy McGrath’s proposal was not seconded. “They’re not going to watch it full stop,” he said.

Jackson said: “I think we’ve seen time and again how so many political leaders can stick their head in the sand on this issue and ignore the harsh reality of what they are trying to legalise.”

He urged the pro-life campaigners around him to keep fighting for their cause.

“We have now got around 8 months to do everything we can to prevent this from coming into this country or being legalised.”

“Let this not be the last we hear from any of the pro-life people in Ireland. Let this be only the beginning of the fight to protect human lives,” Jackson said.

It is expected that the special Oireachtas committee on the Eighth Amendment will finish their work by the end of this year. Legislation will then be produced to go to a public referendum in May or June 2018.