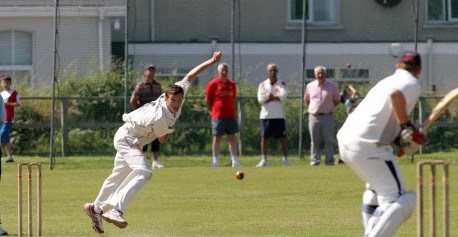 Ballindrait cricketer Ryan Macbeth has been snapped up by top NACC Premiership side North Albury CC.

The 19-year-old, who has played for Brigade in the North West Premiership for the last two seasons, is off to Australia and will play with North Albury, based in New South Wales, during the winter months.

Macbeth cut his teeth with St Johnston CC but, following their relegation form the Premiership in 2015, the specialised bowler signed for Brigade.

And Macbeth’s talents have been recognised in his time at Beechgrove, taking 14 wickets over the course of the 2017 season, including three for the loss of only 32 runs against Donemana.

In 2013, Macbeth was on the Irish squad for the ICC European Under-15 Championships.

He made a stunning debut for the St Johnston seniors when, while aged only 13, claimed five wickets against Burndennett.