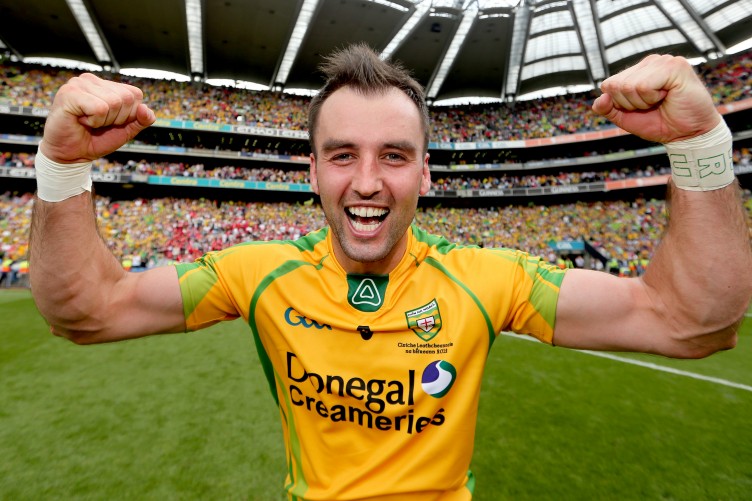 Karl Lacey will take up a position on Declan Bonner’s backroom team with the Donegal senior footballers in the coming days.

Lacey announced his inter-county retirement at the end of August, but is now poised to still be a key part of the Donegal dressing room.

The Donegal town man is to take up a coaching role under new boss Bonner, who will put the names of his backroom staff to Monday’s county committee meeting in Ballybofey for ratification.

Lacey is Donegal’s most decorated player of all time, having won four All-Star awards and he was Footballer of the Year in 2012, when Donegal won their second All-Ireland title.

In 14 seasons, he made 148 appearances for Donegal, winning the 2012 All-Ireland, three Ulster SFC titles and Division 1 League crown in 2007.

Lacey is joint top of Donegal’s all-time Championship appearances list on 65 with the also-retired Christy Toye.

This year, the Four Masters clubman worked as a coach with the Donegal Development teams and is employed at Letterkenny Institute of Technology.

Highly-rated Tyrone man John McElholm will be appointed as the team trainer.

McElholm, from Loughmacrory, took St Mary’s of Magherafelt to MacRory Cup success last year and has won a Tyrone SFC title with Killyclogher.

Bonner, installed for a three-year term as senior manager, has already confirmed Paul McGonigle from Buncrana as his assistant.

Anthony McGrath, Gary Boyle, Oisin Cannon and Chris Byrne – who have all been with Bonner in recent times – are all expected to be included.

Paul Fisher heads the strength and conditioning team while Ronan Doherty will come in as the nutritionist.