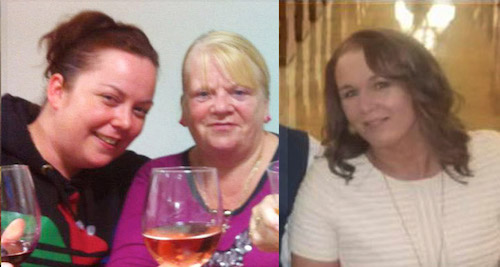 A man who was arrested yesterday in relation to the crash which tragically killed three Bruckless women has been released without charge.

The man was arrested yesterday under suspicion of dangerous driving causing death, and was detained at Carrickmacross Garda Station in Monaghan.

The Irish Independent report that documents are now being prepared for the Office of the Director of Public Prosecutions.

Mother and daughter Margaret McGonigle (69) and Mairead Mundy (39) and their close friend Racheal Cassidy Battles (37), who were tragically killed, had been traveling home from Dublin airport following a dream holiday in Turkey when they were involved in a three-car road traffic collision in Louth at 1am on the morning of July 21 this year.

Two other men were seriously injured in the crash.

The funerals of Mairead, Margaret and Rachel were all held on the one day in Bruckless. Fr James Sweeney, Parish Priest of Bruckless said it was the saddest day of his 32 years as a priest.

Man who was arrested over crash which killed three Bruckless women released without charge was last modified: October 29th, 2017 by Elaine McCallig