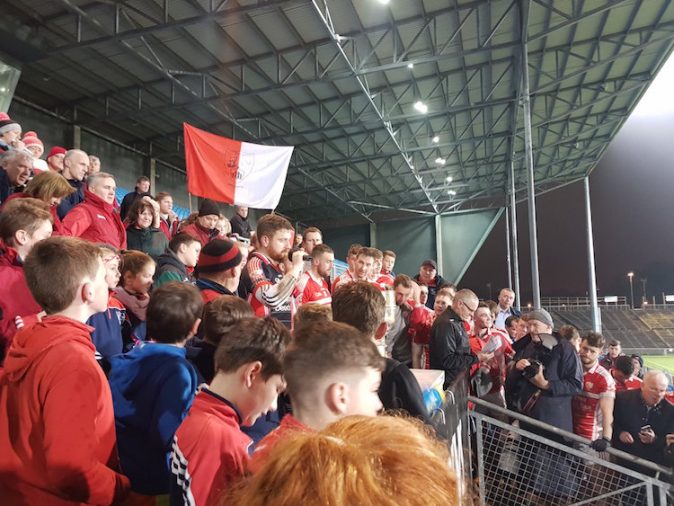 Dungloe native Chris McGlynn was the captain as Moy Davitts overcame Kiltimagh 2-10 to 2-9 in a dramatic replay at MacHale Park (pic by MidWest Radio).

And after being presented with the silverware McGlynn mentioned his former mentor.

“As you can tell, I’m from Donegal myself and we lost a good man in Donegal recently, a former coach of mine, Pat Shovelin, and I’d like to dedicate this to him,” McGlynn said in his speech.

McGlynn was with the Donegal Under-21s in 2011 and 2012 when Shovelin was the goalkeeping coach.

The popular Ardara man passed away last Saturday evening at his home in Doneyloop following a battle with cancer.

McGlynn had the letters PS printed on his gloves for last night’s game.

McGlynn told Donegal Sport Hub: “I just thought to myself, Pat gave so much to the GAA and then for him to leave so much – a wife and kids – there is so much more than the GAA, but Pat changed my life choices.

“Only for him, I wouldn’t be here today.”