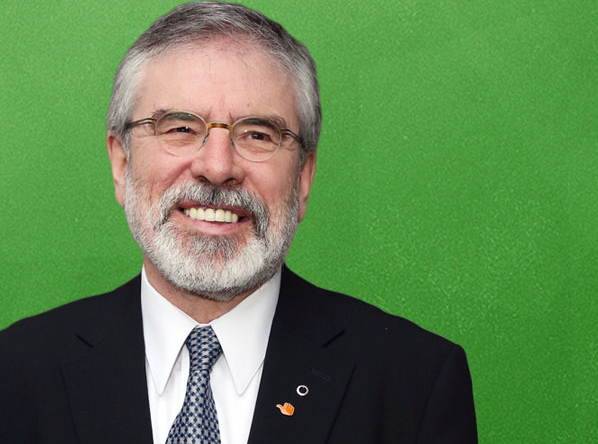 Gerry Adams to step down as Sinn Féin president

Gerry Adams is expected to announce his retirement plans in a speech later today.

Adams is expected to speak before the Ard Fheis this evening to seek re-election; following this it has been anticipated that he will then outline his plans to withdraw as the leader of the party, a process which could take up to a year.

Deputy Adams has been the leader of Sinn Féin since 1983, and has previously served as an MP for west Belfast before turning his attention to Leinster House in 2012, where he currently holds a position as a TD for Louth.

It has been rumoured that Mary Lou MacDonald may take the reigns from Deputy Adams. Donegal TD Pearse Doherty is also in with a chance of succeeding Deputy Adams.

Adams’ speech will be shown on RTÉ tonight at 8:30pm, and can also be watched on the Sinn Féin website and their Facebook page.