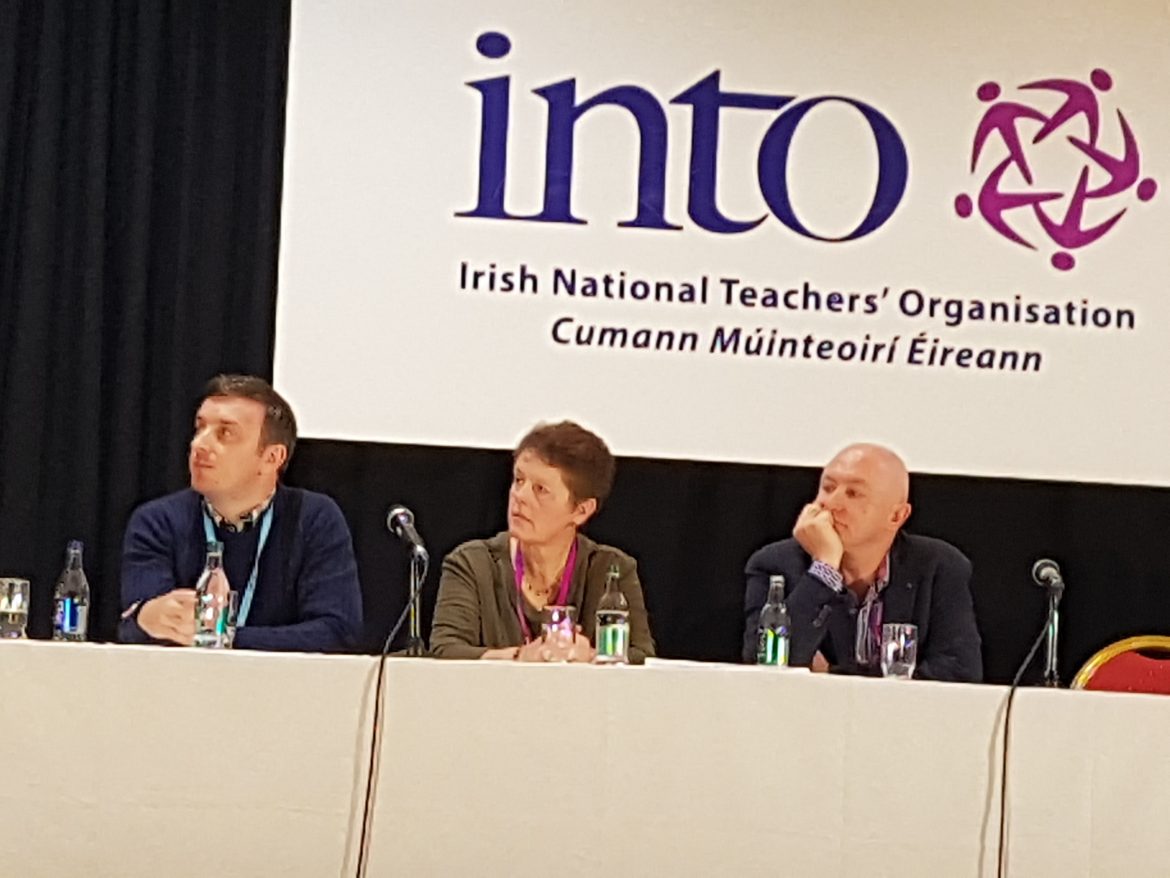 Technology to the fore at INTO’s annual conference in Letterkenny

Over three hundred delegates from across Ireland attended the yearly educational conference of the INTO in Letterkenny this weekend.

The event took place at the Mount Errigal Hotel, with delegates discussing ICT in education, policy, pedagogy, and practice.

The keynote address concerned the transformation of the way in which educators teach through increased access to technology. This was delivered by Sean Gallagher of Ballintra, a key figure in the ICT industry.

Tina McLaughlin of the Education Committee from District Three (Donegal and Leitrim) presented the findings of the research into this technological revolution alongside Pat Collins (District Four).

This was followed by a workshop with topics ranging from Aiseanna Teagaisc na Gaeilge, Webwise, Teachmeet, and the use of ICT in special education.

Chairperson of the INTO Letterkenny branch, Rory Reynolds, presented a workshop on Bee Bots – coding made easy for children.

Maggie Green and Michael Fabisiak, along with Susan Duffy and Michael Bradley, all members of Letterkenny INTO branch were also presenters Lego WeDo and learning from special education teachers workshops. 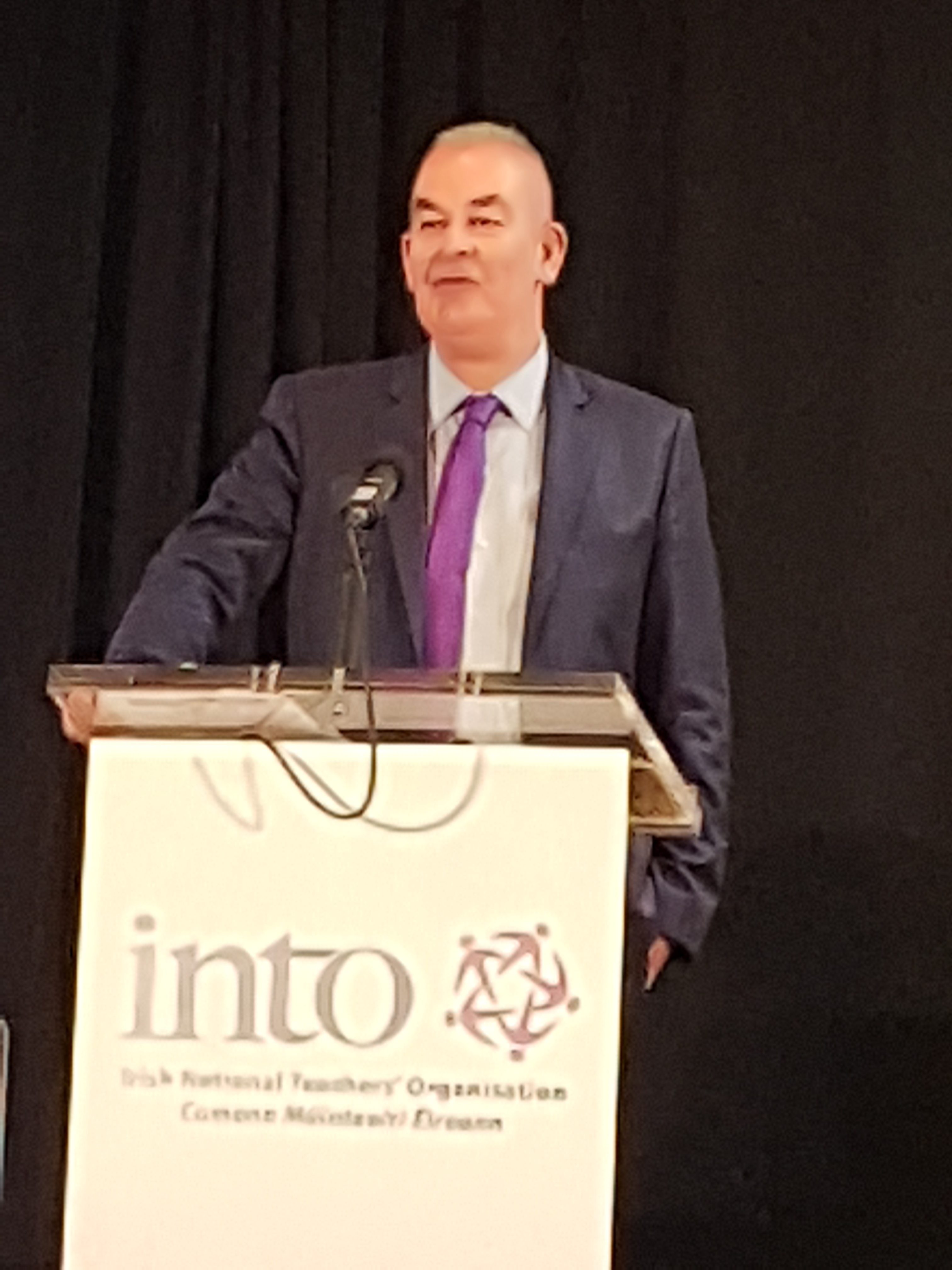 The conference was officially closed this evening by John Boyle INTO President, who himself hails from Mullaghduff, now living in Dublin, as he thanked the Letterkenny Branch for their work, the officials from head office in Parnell Square, and the Education Committee for organising the conference and for researching for the conference.

He also thanked the general secretary Sheila Nunan and he spoke of Donegal and all it has to offer our visitors from far and wide.