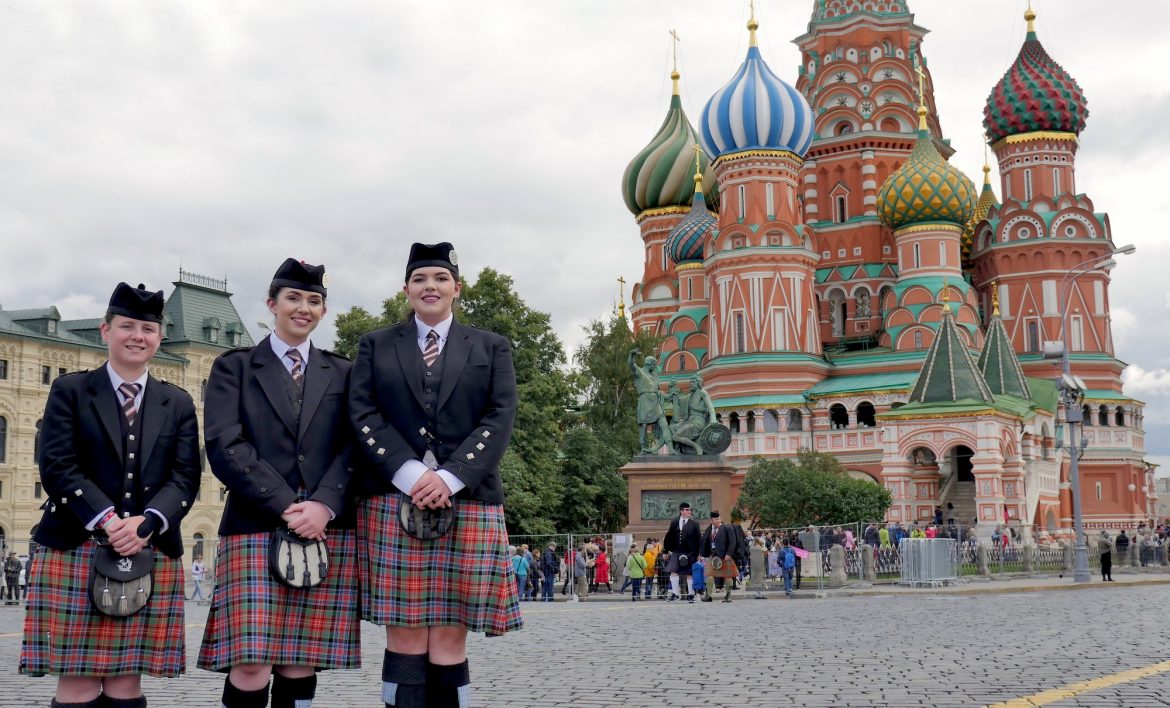 Two Donegal musicians and their friend are the stars of a BBC documentary which followed their thrilling trip to Russia this summer.

Raphoe sisters Chloe and Robyn Freen, along with Victoria Catterson from Castlederg, travelled to Moscow to perform at the Kremlin Military Tattoo – an unlikely adventure that arose from their love of music.

The young women were picked to play in the Massed Pipe Band of Ireland. It was an honour for them to play for their country among 120 other pipers from both sides of the border.

The documentary called ‘Raphoe to Red Square‘ aired on TV last night (Monday) and is repeated on BBC2NI tonight at 10pm.

It follows the women at home and away on their journey, which began with quite some drama.

A team of 27 from Raphoe were due to depart on the day of the Inishowen Flooding. They missed their flight in Belfast and connecting flight in London, which put the whole trip in jeopardy. The documentary follows the tension and relief as they manage to get to Russia just in time to play in the iconic Red Square. 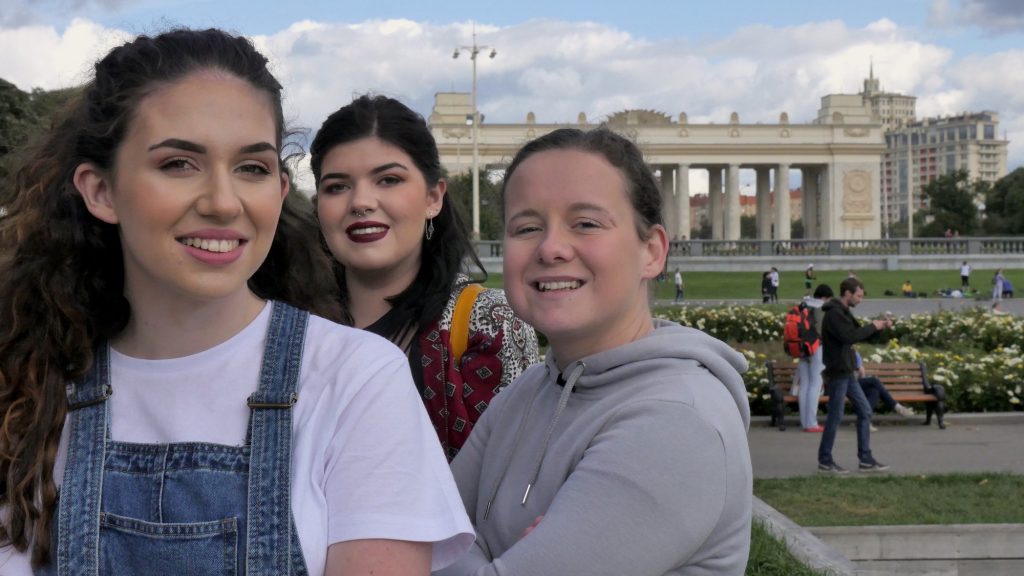 The film also uncovers the three women’s personal lives and passion for their Ulster-Scots heritage.

Chloe, 19, is a part-time model and is training to be a midwife. Robyn, 21, is studying costume design for Stage and Screen at IADT in Dun Laoghaire, and Victoria Catterson, 21, is a part-time farmer.

Proud mum Audrey Freen told DonegalWoman.ie that there were many nerves before the documentary was on TV last night.

“The girls did us proud, we will watch it again tonight in peace. They had a lot of very positive feedback,” Audrey said.

As well as this trip to Moscow, Audrey said the girls have had many other great opportunities to travel the world playing their music.

“My girls also went to France to play at the Interceltique Festival in Lorient. Chloe was in Qatar last month playing at an event – which was amazing,” Audrey said.

True North: From Raphoe to Red Square is repeated on BBC 2 NI on Tuesday, 21 November at 10pm.