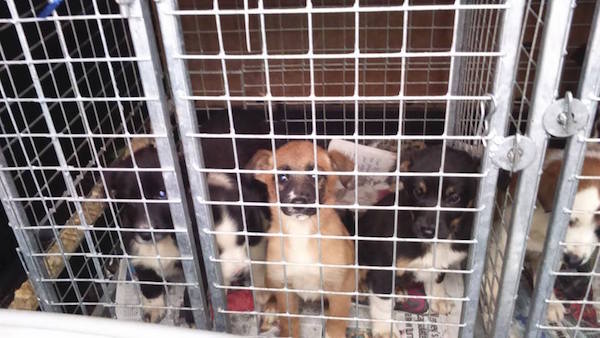 A leading Donegal animal charity has pleaded with families not to get puppies or kittens for Christmas.

Animals In Need say they have been contacted by Santa to ask them to pass on the important message that his elves only make toys and not live puppies and kittens, which takes a different type of magic.

A spokesman for AIN said “He is worried because every year hundreds of puppies and kittens given as presents at Christmas end up in their local Rescue or in the Dog Pound in the New Year when the novelty has worn off, they’re too destructive, they’re getting too big, they’re naughty because they haven’t been trained properly, they’re too noisy or they’re just not cute enough anymore.”

Rescue centres like Animals In Need see first-hand the number of pets given as unwanted presents who end up discarded along with the wilted Christmas tree in the New Year.

So far in 2017 AIN has rescued 210 dogs from Letterkenny Pound and 218 dogs were surrendered by their owners, that’s a total of 428 unwanted dogs in Donegal.

On top of this 370 cats and kittens were rescued, which means AIN has saved 798 animals, with still a month to go until the year ends.

In the lead up to Christmas, AIN say that they also find there is a surge in adult dogs being surrendered and shockingly some of these are pets who are being chucked out to make room for a new Christmas pup.

Christmas is probably the worst time possible to add a new furry friend to the household.  With all the activity and festivities going on, it is hardly ideal for settling in and house-training a baby animal who has left his or her mother for the first time.

Santa loves all animals, not just reindeer, which is why he asks that if you really do want a new pet, after weighing up all the pros and cons, the expenses, the vet bills, the training, and what can be a 15+ year commitment, then please wait until after the New Year and then contact your local Rescue or the Dog Pound.

They are sure to be full with abandoned Christmas present pets so why not give an unwanted, unloved pup or kitten a second chance to find a wonderful home, which would be the greatest gift of all.

After all, a pet is for life, not just for Christmas.

Margaret Plunkett of Animals In Need will be discussing the sad fate of so many Christmas puppies on Irish language show ‘I Lar an Aonaigh’ on BBC2 TV Northern Ireland at 10pm on Monday the 11th December.

Leading Donegal animal charity plead to parents not to get pups or kittens for Christmas was last modified: November 30th, 2017 by Stephen