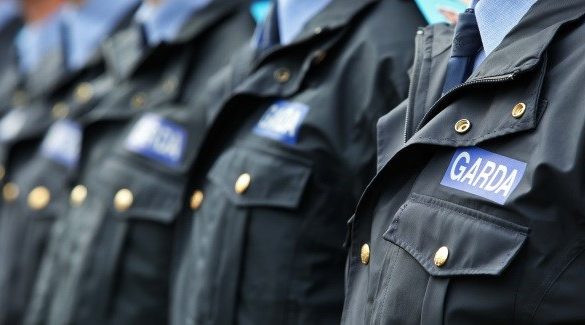 A retired Donegal garda sergeant has been jailed for two months, for launching what a judge described as a tirade of “vile and evil” abuse at some of his ex-colleagues.

In jailing 63-year-old ex-garda sergeant Joseph Kiely, Old Golf Course Road, who was originally based in Donegal Town, Judge Kevin Kilrane said that in 34 years in the legal profession, he had never heard such “evil utterings”.

“I am not saying this man is evil, but what he said is evil”, said the judge.

Kiely, also a former solicitor, repeatedly told Sergeant Oliver Devanney and Garda Sean Rogers in Donegal Town Garda Station that they would be dead with cancer within a few years.

He said that Garda Rogers would never have children, but if he did, they too would die writhing of cancer.

Kiely said he had inherited the ‘tinker’s curse’ of cancer in a dark place in Connemara. And he repeatedly signed his statement with the term cancer curse.

Kiely repeatedly told the gardaí that his arrest had been “orchestrated”.

The ex-sergeant was involved in a road traffic accident outside the Garda Station in Donegal Town with another motorist, Shirley Walsh, Drumnacroile, Ballintra, in the early hours of October 11.

At the scene, he accused her of orchestrating the accident and said she would die of cancer. Sadly, Ms Walsh passed away from cancer some time after the accident, the court heard.

64-year-old Kiely of Golf Course Road was fined €500, convicted of drunk driving at Quay Street, Donegal Town on October 11, 2016 after his car was in collision with a vehicle driven by MS Walsh.

He had a reading of 51 mcgs of alcohol per 100mls of breath, the court heard.
The ex-sergeant made no apology for his outburst to the gardaí, but repeatedly claimed that he had been hounded out of Donegal Town in 2012.

He told the court he made 100 pages of complaints about alleged harassment to gardaí but they had gone unheeded.

“I have no life, I am a prisoner in my own home and can’t leave to go to the supermarket or the Post Office,” he said.

He said he made Sergeant Devanney and Garda Rogers aware of his complaints, but that they had not lifted a finger.

Kiely told the court he had gone to Cork to get away but “it started up again down there”.

He claimed that cars had been outside his home and were constantly watching.

The defendant added that the court would be “doing me wrong today”.

And he called for An Garda Siochana to be disbanded.

Judge Kevin Kilrane repeatedly asked the ex-sergeant why he had made the death of cancer threats to his former colleagues.

He said: “Because they did not lift a finger to help me.”

In sentencing the ex-sergeant, Judge Kilrane said it was clear that Garda Rogers, who was a decent and honest officer, had great difficulty in giving his evidence in the witness box.

In evidence, Sergeant Devanney told the court that he arrested the defendant after his Nissan Almera car was in collision with a Mondeo car driven by Shirley Walsh, Drumnacroile, Ballintra at 3.14 am.

In the station he told the Sergeant that he had the power of cancer over him.
The defendant added that the gardai were a “f….g disgrace”.

The ex-sergeant was remanded in custody.

Recognisances for circuit court appeal were fixed on the defendant’s own bond of €100 with a surety of €1,500, €500 of which was to be lodged in cash.
Related charges of careless driving, non-display of insurance, no tax and non- display of tax were struck out by Judge Kevin Kilrane.