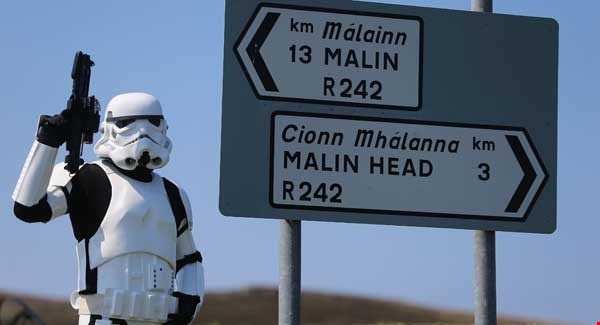 Star Wars director Rian Johnson has spoken out about the “extraordinary” hospitality Donegal locals showed to the crew whilst filming ‘The Last Jedi’.

Stormtroopers were spotted in abundance across Malin Head during filming, with the famous beauty spot being chosen to be part of the set of Ahch-To, a new planet in the eighth instalment of the massively popular series.

According to The Sun, he beamed: “The people were absolutely extraordinary.

“Go to Ireland, the amount of disruption we caused to these towns and the spirit in which they welcomed us and the way the locals were part of the shoot was extraordinary.” 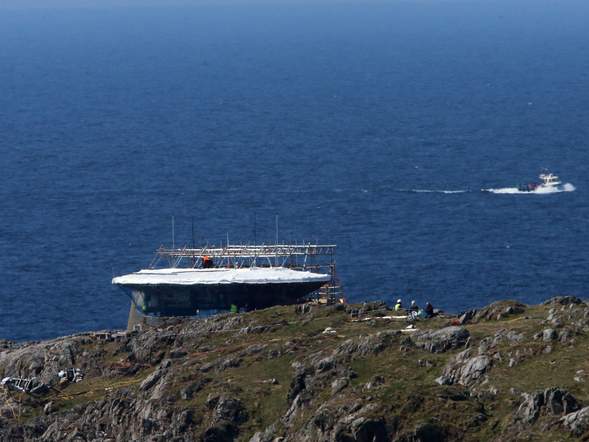 The set of Star Wars at Malin Head.

Donegal locals were integral to the shoot, with scaffolder Eddie Gallen and his team constructing the Millenium Falcon on the edge of the Donegal coast, and climbing expert Bren Whelan assisting the stars when accessing the more rugged parts of the coast.

Mark Hamill, who plays Luke Skywalker, also said that Donegal people welcomed the crew with open arms and treated him like family.

“It’s such a beautiful country. You just have to walk outside and it’s like a matte painting from an old Hollywood film or special effects,” said the Hollywood actor.

“It’s so beautiful, it just doesn’t look real. It’s just gorgeous. I didn’t want to leave. The people are so nice. They treated me like I was family.

“I don’t know what it is but there’s something very magical there. I would encourage everyone to go there. Although they probably don’t want a bunch of loud-mouthed American tourists around all the time.”

The American actor was so enchanted with Malin Head, he even adopted a picture of the scenic landscape as his Twitter header picture!

Director Johnson added that the weather was “too good” at times for filming, and the whole crew would be sunbathing while waiting for the clouds to come!

Drinking in the sublime Irish scenery was a major highlight for the director.

“We were as far north as Donegal and as far south as County Cork. All the way back and forth. We spent weeks going through the fingers on that west coast,” he said.

“It was my favourite part of the whole shoot, both the scouting and being there with the whole crew.”