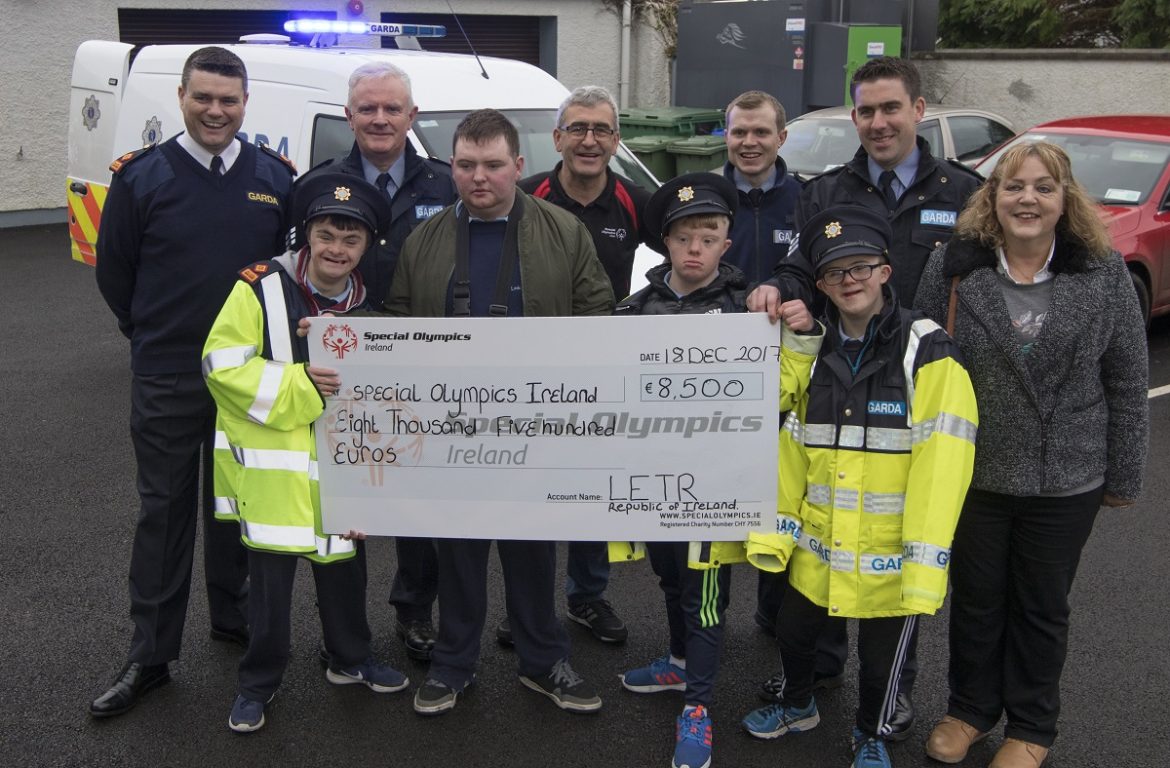 Milford Gardaí and members of the Law Enforcement Torch run committee presented a cheque of €8,500 to Special Olympics Ireland – the grand sum raised from the Rathmullan Polar Plunge.

The monies were raised at the recent Rathmullan Polar Plunge this month organised by Gardaí in Milford, Co. Donegal.

The event drew a large crowd out to get freezin’ for a reason on December 9th this year, including members of the local Gardai, the 28th Infantry army battalion from Finner Camp, the RNLI as well as the public.

Defence forces personell from the 28th Inf Bn take the plunge at the charity “Polar Plunge” in aid of the Special Olympics which was held in Rathmullan in North Donegal. (North West Newspix)

Members of An Garda Siochana who participated in the charity Polar Plunge at Rathmullan Pier in aid of Special Olympics Ireland. (North West Newspix)

Special Olympic athletes will benefit from the money raised to assist their participation and inclusion in sport.

Gardaí in Milford would like to take this opportunity to thank everyone who made the day such a great success and even the big man in red made a special appearance arriving in style on coastguard helicopter Rescue 118.

The Polar Plunge was part of the Law Enforcement Torch Run programme for Special Olympics. The programme engages law enforcement throughout the island of Ireland to champion acceptance and inclusion for people with intellectual disabilities, starting first with their own communities.

Over the years the Torch Run has evolved and now encompasses a variety of innovative fundraising platforms including the Polar Plunge.

Known honourably as Guardians of the Flame, law enforcement members and Special Olympics athletes carry the “Flame of Hope” into the Opening Ceremony of local competitions, and into Special Olympics, Provincial, National, Regional and World Games.

Annually, more than 97,000 dedicated and compassionate law enforcement members carry the “Flame of Hope,” symbolising courage and celebration of diversity uniting communities around the globe.

The date for next year’s much anticipated Rathmullan Polar Plunge will be announced in January promising to be bigger and better!