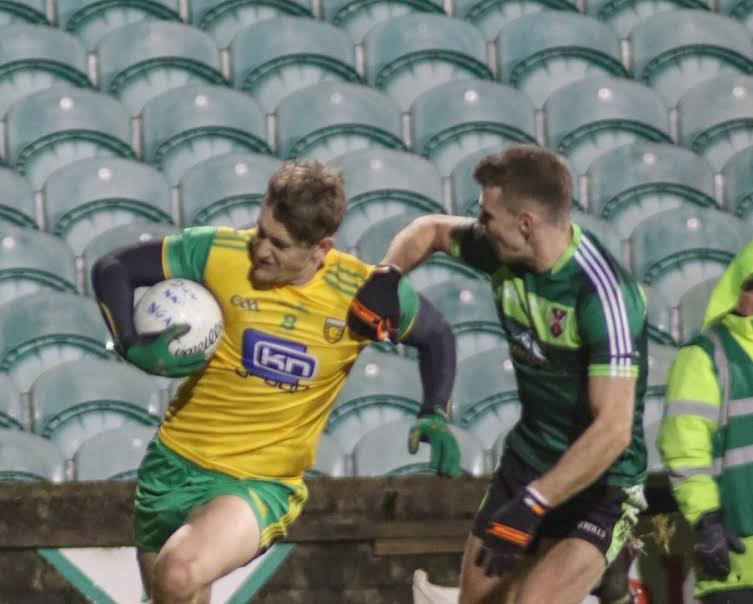 Listen: Hugh McFadden on ‘a proud day and a good start’

Hugh McFadden has urged Donegal’s new band of players to ‘stand up’ and show their worth to Declan Bonner in the coming weeks.

McFadden, in the absence of Michael Murphy, has been handed the captain’s armband for the Dr McKenna Cup.

With the likes of Murphy, Neil McGee, Frank McGlynn, Martin McElhinney and Paddy McGrath all having a watching brief for the early part of the campaign, McFadden says there’s a chance for others to stake a claim.

“It’s only early in the year and we’ll look to improve for the next number of weeks,” the Killybegs man said after last night’s 15-point win over Queen’s.

“This is the time of year when you have to stand up and show you want to be there. It’s up to us to raise the standard and move on to a positive start to the League.

“It was a very good start. We won by a good margin. We’re happy with the start and it’s a proud day for myself.”