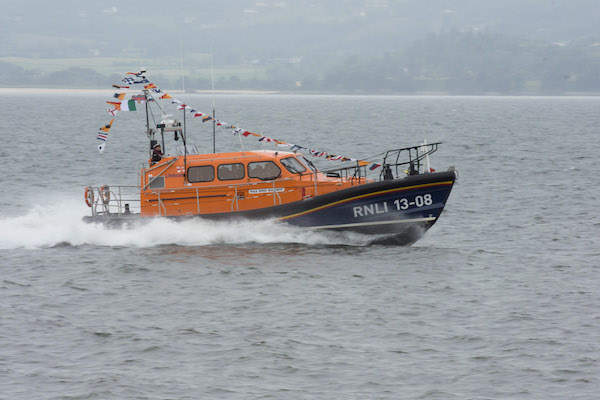 Six fishermen have been rescued off the coast of Donegal after their vessel suffered mechanical failure overnight.

The Lough Swilly lifeboat received a call from the Marine Rescue Centre at Malin Head at 2.50am to say the boat was in trouble a mile off Fanad Lighthouse.

The RNLI vessel was scrambled at 3am and reached the distressed 50ft fishing boat at 3.25am.

A tow rope was fitted and the boat was eventually towed back trough Lough Swilly to Rathmullan at 7am.

Spokesman for the Lough Swilly Lifeboat, Joe Joyce, told Donegal Daily that no injuries were suffered during the rescue.

He said they were fortunate the tide had turned and they received some assistance from the natural elements.

“There were two to three-metre swells from the tail end of Storm Eleanor but thankfully we receive some shelter when we got back into Lough Swilly and the tide had turned.

“We arrived back in Rathmullan at 7am and thankfully there were no injuries,” he said.