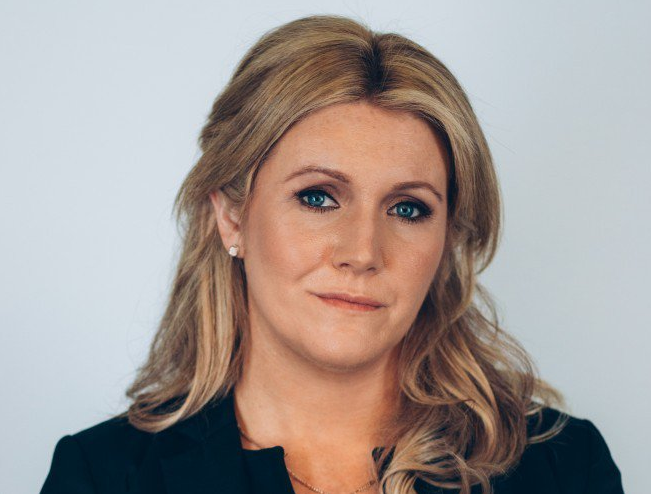 Donegal broadcaster Andrea Gilligan will be presenting a new show on one of Ireland’s leading radio stations.

‘Between the Lines’, a new current affairs and politics-focused programme, will be broadcast across Ireland each Sunday morning between 8am and 9am. At the helm of the new show is Donegal woman Andrea.

Andrea has previously worked at Ocean FM as a currents affairs presenter and has also worked as a freelance multimedia journalist at RTÉ.

Speaking on Twitter, Andrea says: “Well it won’t be every day that I get to do this… Absolutely delighted to announce that I will be presenting my own show ‘Between the Lines’ each Sunday morning from 8am-9am. Thanks to Newstalk for the opportunity!”

As part of the new weekend schedule, Newstalk is also launching a ‘Tech Talk’ show hosted by Jess Kelly, and a current affairs show called ‘On the Record’ which will be hosted by cover presenter Kieran Cuddihy.

Hook returns to the air on 6th January, with the rest of the schedule changes effective from 13th January.

Speaking about the weekend schedule, Chris Doyle from Newstalk said: “We are delighted to announce this exciting new line-up and, in particular, to welcome these new presenters to our weekend schedule, each of whom has proved extremely popular with our audiences, contributing across a range of shows over the past few years.”