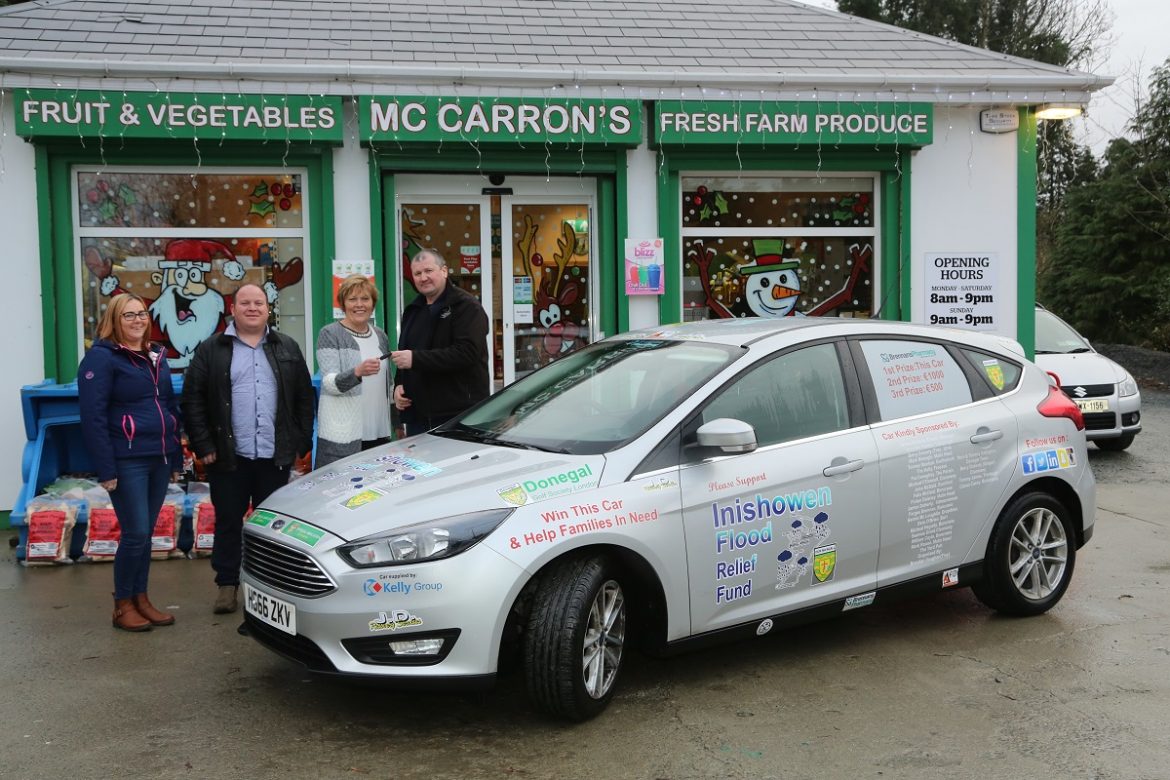 A Donegal man who is currently living in New Zealand was announced as the lucky winner of the Inishowen Flood Relief Fund Draw.

Damien Farrell of Quigleys Point and Cavan won the top prize of a Ford Focus car after his lucky ticket was drawn in first place.

Damien’s girlfriend’s mother Marilyn McLoughlin gave him the ticket as a Christmas present – which will be a gift that will last him for miles and miles!

The Inishowen Flood Relief Fund Draw has raised €25,000 to date for the victims of the flooding in Donegal last August. Other prize winners were:

2nd Prize – €1000 – Mary McGinty, Cloghan
3rd Prize – €500 – Cara McGettigan, Kilmacrennan
The car was sponsored by London Donegal Businessmen, with the draw organised by Brendan Vaughan (Carrigart / London) and Fergus Brennan (Brennan Pharmacies). The organisers would like to thank all who sponsored /supported the draw, those who sold / bought tickets and Highland Radio for their coverage – much appreciated. 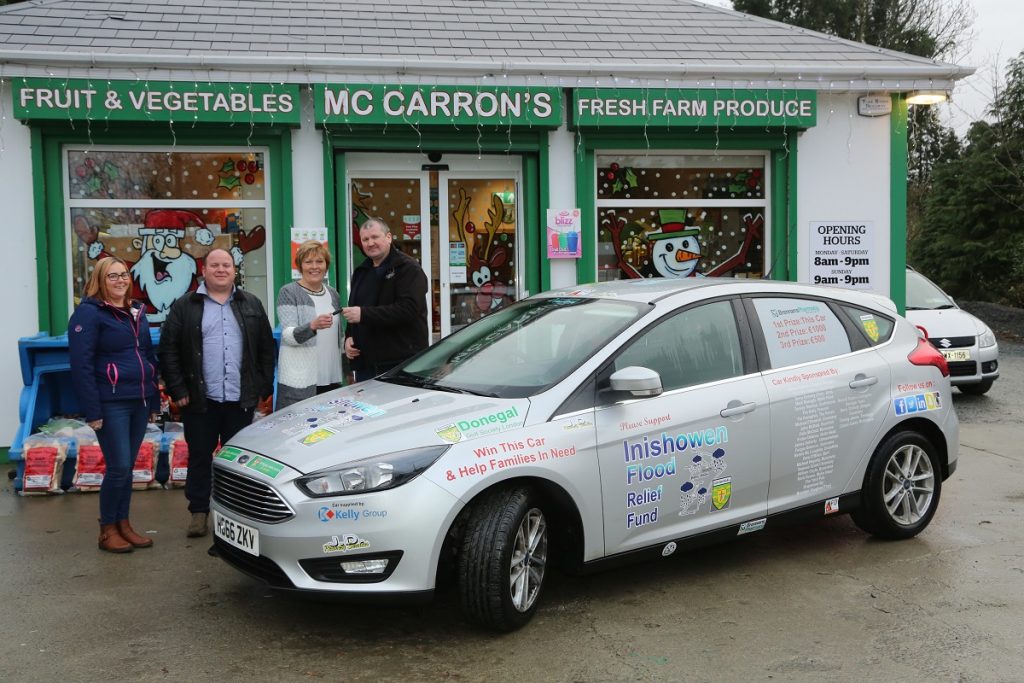