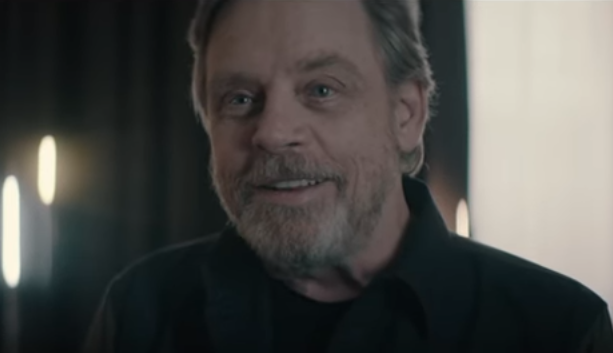 Mark Hamill on Star Wars: “I wish we could have shot the entire film in Ireland”

World-renowned actor Mark Hamill has raved about Donegal’s spectacular views and hospitable locals in an exclusive interview with Tourism Ireland.

Parts of the latest chapter of the cult classic film series were filmed on the coastline of Donegal’s most northerly point, Malin Head, which was chosen to be part of the set of the planet Ahch-To.

“To come back to Ireland was a great treat for all of us because the beauty of that country is unmatched. You get up in the morning and see vistas where I was sure it was a special effect”.

“The people are so nice. They make you feel like family, they were so welcoming, so accommodating and so friendly. We felt like we were home,” says Mark. “I mean, having lived in New York for many, many years I wasn’t sure how to take it!”

The interview is part of an initiative run by Tourism Ireland to promote holidays along the Wild Atlantic Way to millions of Star Wars fans around the world. Mark’s advice? Anyone who yet hasn’t yet visited Ireland is seriously missing out.

“I would urge anyone planning a vacation to go to Ireland,” he said.

“You’ll never find another place like it … I wish we could have shot the entire film there.”