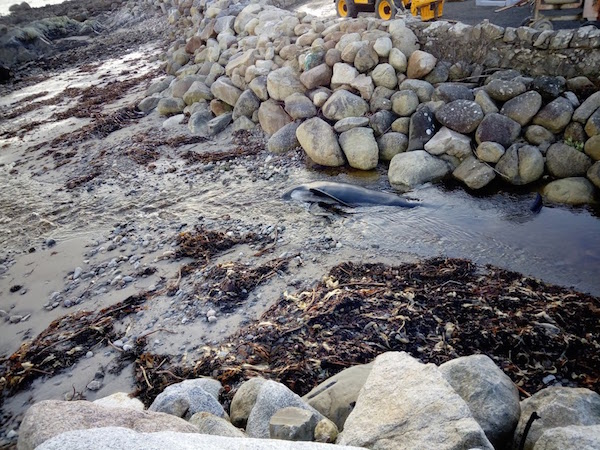 Whale stranding: Locals hope dead animal will be washed back out to sea

Locals on Arranmore Island are hoping the tide takes out a whale which has died on a local beach.

The animal has been identified as a Long Fin Pilot Whale by the Donegal Whale and Dolphin Group.

The whale, which is estimated to be approximately 12 feet long, was washed at Chapel Strand close to the local church on Monday evening.

The animal was alive for some time but died later.

Members of the Donegal Whale and Dolphin Group had been hoping to get out to the island to measure the whale and take samples but the weather has prevented this.

Locals say they hope the animal is washed back out to sea to be naturally decayed.