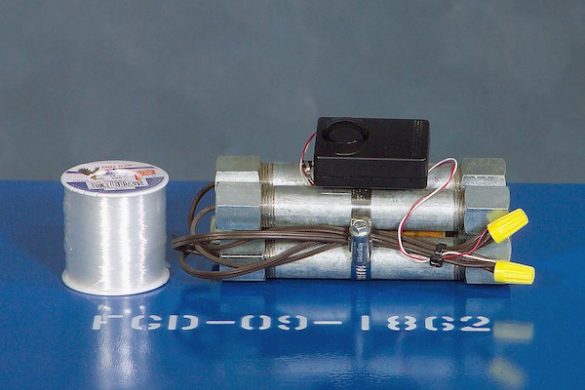 A Letterkenny father-of-four who planted a pipe bomb underneath the van of a Co Fermanagh man was given a two-year sentence yesterday.

Sending 33-year-old Sean McVeigh to prison, Judge David McFarland said he accepted the incident, which occurred in Irvinestown a year ago, was linked to a fall-out among criminals, and was neither sectarian nor related to dissident republicanism.

Judge McFarland also said he accepted McVeigh was not part of the revenge plan, and did not help to prepare the pipe bomb, but was pressured into driving another man from Donegal to Irvinestown in his own van.

Belfast Crown Court heard that when McVeigh and his passenger arrived at the Sallys Wood estate in Irvinestown, McVeigh was ordered to plant the device under the intended target’s van.

It went off just after midnight on January 31, 2017, causing minor damage to the rear nearside of the vehicle.

A passer-by walking his dog when the bomb exploded was treated for shock.

McVeigh, a chef from Glencar Park in Letterkenny, was told he will serve 12 months in prison followed by 12 months on probation when he is released.

Crown prosecutor Robin Steer said McVeigh’s movements were caught on CCTV, and he was arrested last March when the same vehicle was spotted in Omagh.

After his arrest McVeigh initially denied any involvement in the blast.

However, he later told police he had been pressured into driving a man to Sally Wood, then ordered to plant the device.

For the full report see: