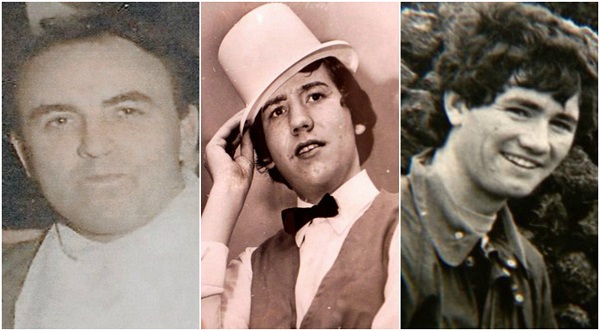 Search continues for remains of three men murdered during The Troubles

The Independent Commission on the Location of Victims’ Remains has appealed for information that could lead to the discovery of three victims who were murdered during The Troubles.

The Commission was established in order to locate the remains of victims of paramilitary violence who were secretly murdered during the conflict in Northern Ireland.

The remains of Joseph Lynskey, Columba McVeigh and Robert Nairac are yet to be recovered.

Former Cistercian monk Joseph Lynskey went missing in 1972. A dig in 2015 in Coghalstown, Meath, was called off after no trace of the west Belfast man was found. The remains of two of ‘the Disappeared’, Kevin McKee and Seamus Wright, were discovered at the site.

19-year-old Columba McVeigh from Donaghmore, Co. Tyrone, was abducted and killed in 1975. Despite extensive searches, including a dig at Bragan bog in Co. Monaghan, his remains are yet to be recovered.

Captain Robert Nairac was abducted in Co. Armagh in 1977 and murdered. A man was convicted of his murder in the same year. Captain Nairac was an undercover officer for the British Army, and was posthumously awarded the George Cross. He was 29 years old.

RTÉ reports that local rumours that Captain Nairac’s remains were destroyed at a local meat processing plant were dismissed during yesterday’s meeting. His remains are thought to be buried in the Ravensdale area of Co Louth.

The Joint Committee on the Implementation of the Good Friday Agreement yesterday met with the Commission to receive an update on their investigation. Commissioners Mr Frank Murray and Sir Kenneth Bloomfield and Senior Investigator, Mr Geoff Knupfer, appeared before the Committee.

Since the Commission was established, the remains of 13 of ‘the Disappeared’ have been recovered.

The most recent victim to be recovered was Seamus Ruddy, a 33-year-old from Newry who taught English in Paris. Ruddy went missing in 1985. In 1995 the INLA claimed responsibility for his death. His remains were recovered in May 2017 in France.

The Committee unanimously voiced its support for the work of the Commission and underlined the importance of more people coming forward with information. It was underlined to the Committee that any information is received in the strictest confidence.

Committee Vice Chair, Declan Breathnach, appealed to members of the public to come forward, saying: “Any information, no matter how small, could assist the Commission in progressing its work, and bring some measure of closure to the families of the three men whose remains are still missing.”

Charlie Flanagan T.D., Minister for Justice and Equality has also called for anyone with any information to come forward.

“The Commission, with the support of the Irish and British Governments, has worked tirelessly on behalf of the families of the Disappeared in recent years. The Commission has been successful in recovering the remains of many of the victims and, thankfully, this has brought some comfort to the families involved,” the Minister said.

“There remain, however, some cases that have yet to be resolved and it is to hoped that the Commission will be able to successfully return the remains of those still missing to their families.

“The Commission’s investigations are complicated and difficult, and information from the public is absolutely crucial to its work. I call on anyone with information about any of the cases of the Disappeared to convey that information to the Commission without delay.

“The Commission’s work is purely humanitarian in its objective.

“The families of the Disappeared have suffered enough and anyone who can assist in bringing an end to that suffering must do so,” he concluded.

A confidential free-phone service and post office box address has been set up to ensure source’s confidentiality. The Commission assures that tips will only be used to locate the remains of victims and for no other reason.