Two communities have been left devastated following the death of a cyclist killed in an accident yesterday.

The married father-of-three was killed when he was involved in a collision with a car at 4pm outside the West Donegal village of Gortahork.

The tragic victim has been named locally as 43-year-old Noel McDermott.

Mr McDermott, who was originally from Hawthorn Heights in Letterkenny, had moved to Brinlack, Gortahork where he lived with wife Aifric and their three children.

He was a dedicated member of St Eunan’s GAA Club in Letterkenny and often volunteered at the club.

A heartbreaking message left on the club’s Facebook page said “There are no words.” 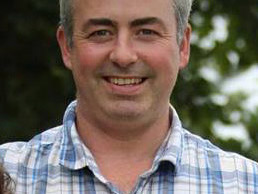 It added “We have lost a friend and clubmate. His family have lost a husband, a father, a son, a brother, an uncle, a brother-in-law.

“Quietly going about his business on behalf of the club – and he had to travel from Gaoth Dobhair to do it, which makes it even more remarkable.

“Rightly, he was recognised a couple of years ago as Club Person of the Year. An unsung hero, a volunteer in every sense of those words.”

Mr McDermott was also a keen cyclist and was a member of the Errigal Cycling Club.

Gardai have launched a full investigation into the circumstances surrounding the tragedy which occurred at 4pm on the Magheroarty to Ardsbeg Road.

Members of the Garda Forensic Collision Investigation team were at the scene today examining the scene.

The silver Hyundai car involved in the scene was still at the scene today.

This is the second fatal road accident on Donegal’s roads so far this year.

Mr McDermott’s remains are to be removed from the Eternal Light Chapel of Rest in Letterkenny this evening (Sat) going to his late residence in Brinlack.

Funeral Mass in St. Colmcille’s Church, Knockfola, on Tuesday at 11am, with burial afterwards in the adjoining cemetery.