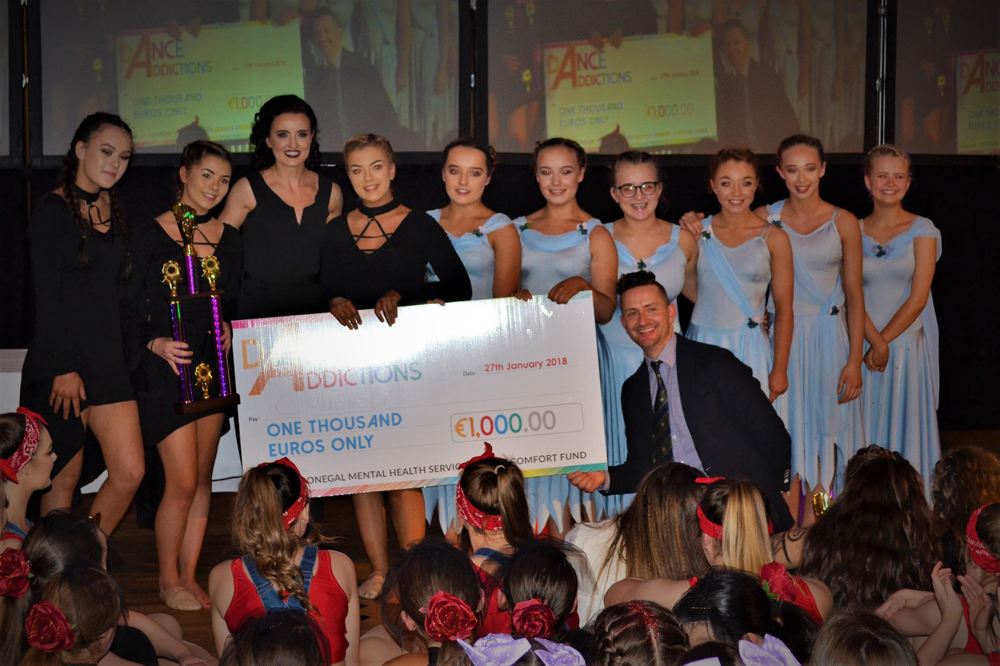 Hundreds of people packed the Mount Errigal Hotel for the annual charity competition, organised by Sarah-Marie McDevitt of Pinehill Studios.

The event brought together over 100 young dancers from academies across the North West to compete for the 2018 title. The competition was strong long before last night’s event, as the final 18 acts had been chosen from over 70 auditionees before Christmas.

The acts were a visual treat of costuming, energy and dance styles including hip-hop, ballet, tap, breakdance and more. 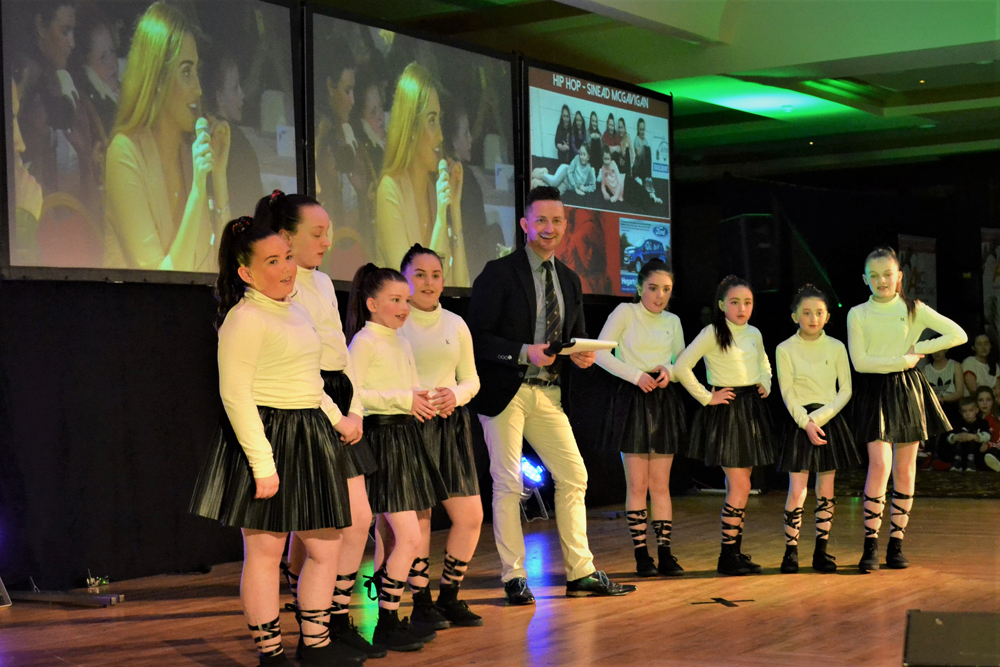 MC Lee Gooch kept the excitement levels high as he introduced the groups and turned to the judges for their reaction after each performance.

The judges had their work cut out for them, to say the least. On the panel was Amy Callaghan from Glenswilly, Dance graduate and Donegal Rose 2017; Katriona McNamee from Ballybofey, founder of KMN School of Dance; Raymond Sweeney from Drumkeen of Titanicdance and former performer with Michael Flatley’s Lord of the Dance. 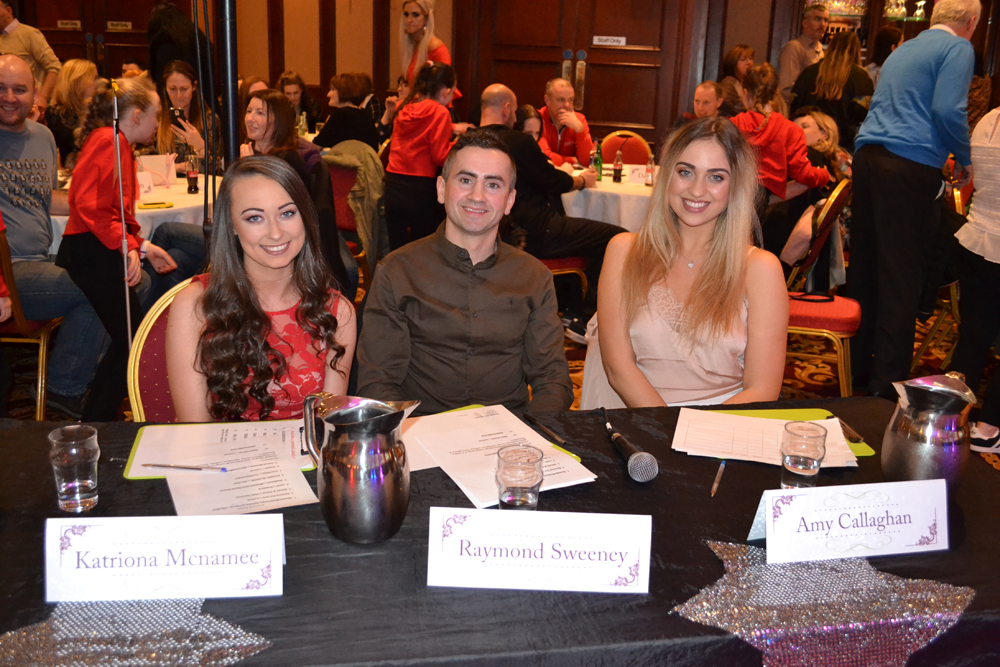 First place, and the €1,000 prize cheque, was awarded to The Crucibles, Ballymena Dance Academy, for their theatrical contemporary act.

The high-energy Elite Dance Academy quintet from Buncrana was in second place and the haunting ‘Heathens’, from Encore Performing Arts Letterkenny came in third. 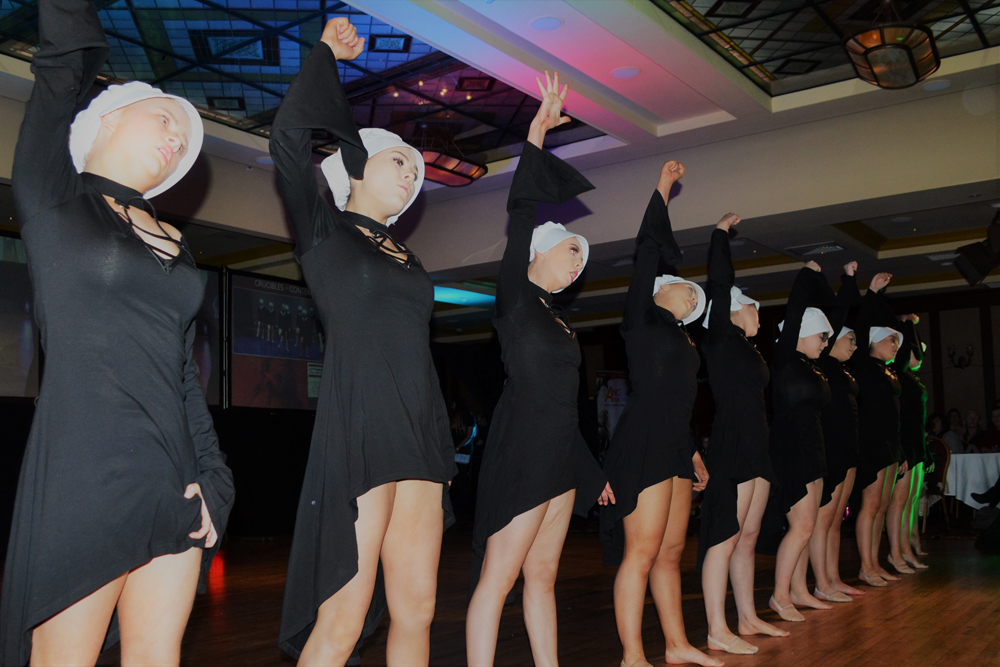 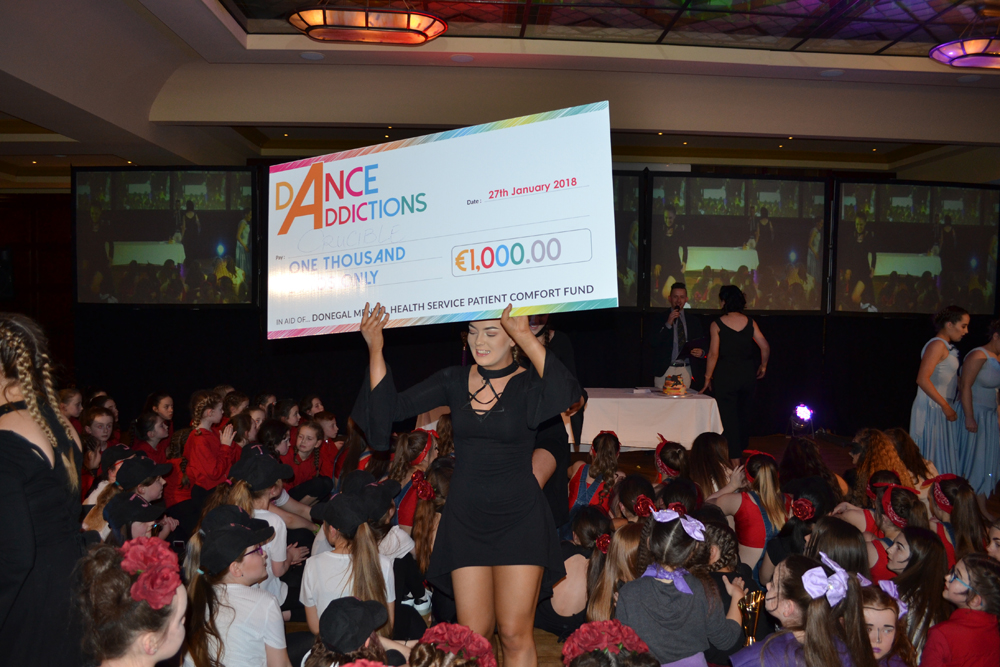 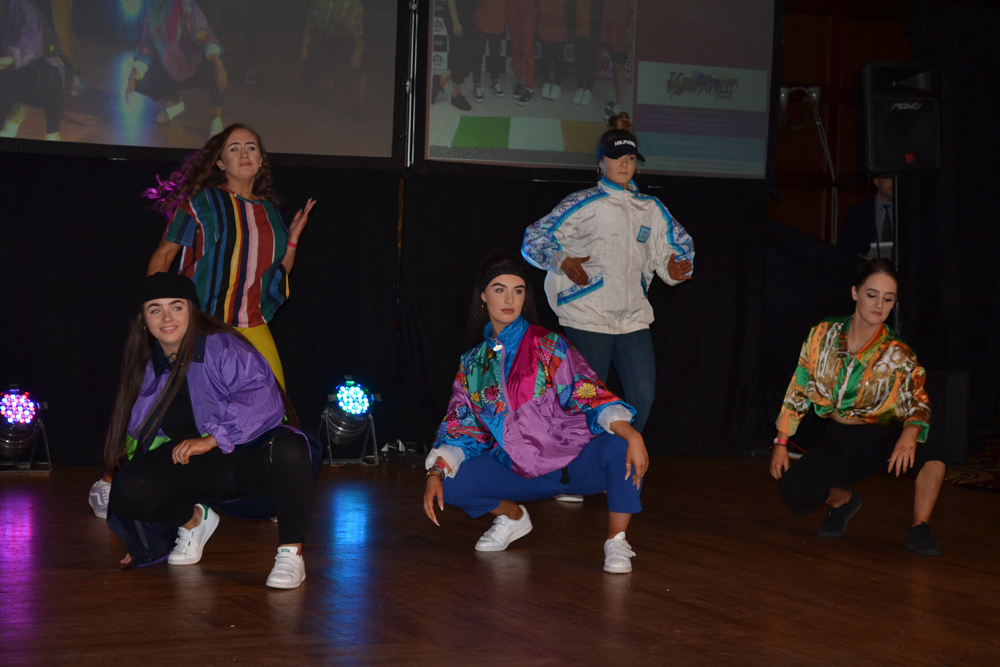 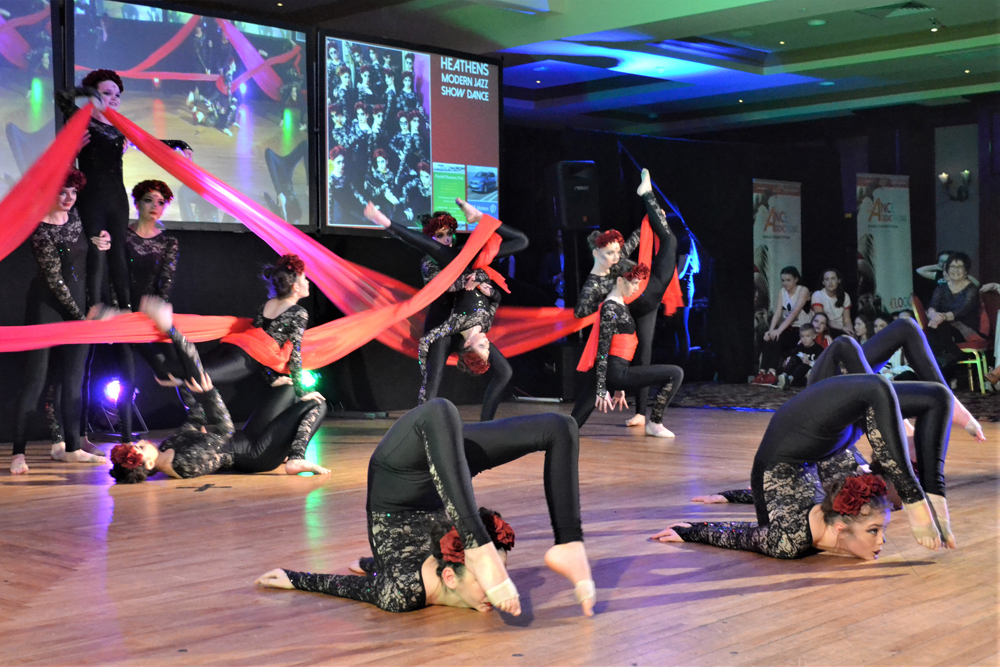 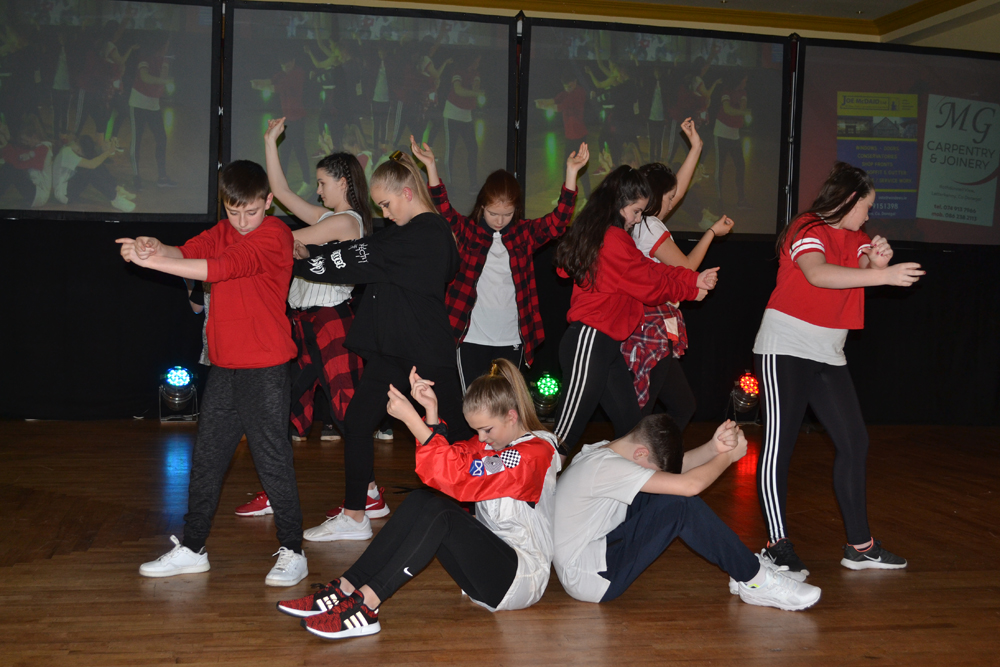 Children of all ages from Pinehill Studios kept everyone entertained with super crew showcases at the interval and closing show. Everyone was on their feet by the end of the night after being inspired by all the talented teams.

Donegal Daily was there to catch all the action, check out our picture special to see the acts and the judges’ reactions here: 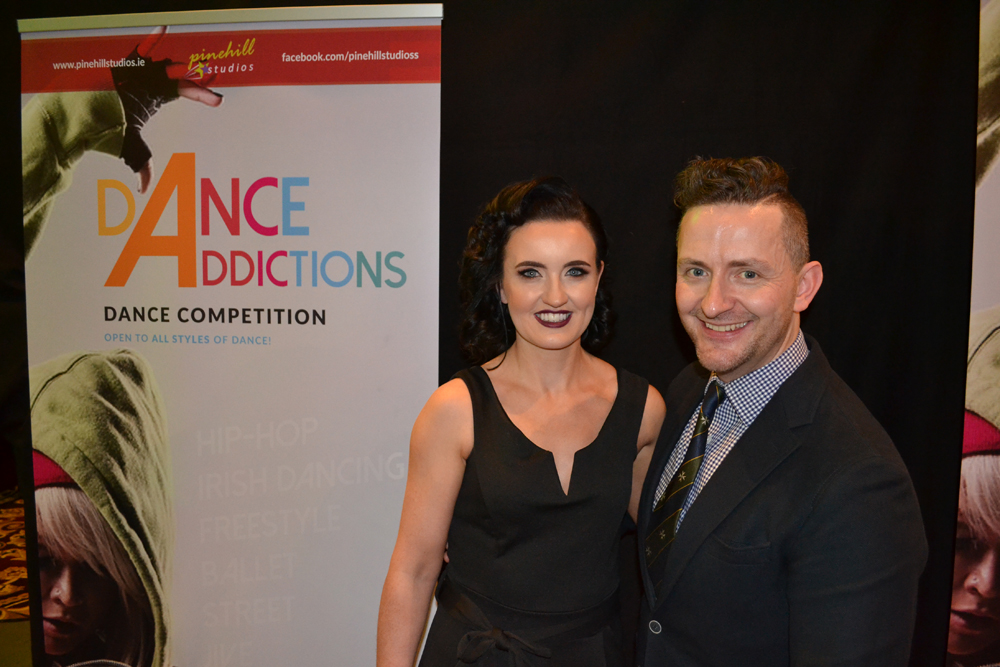 Dance Addictions, now in its fourth year, was set up by Sarah-Marie in memory of her godfather and uncle John Glackin. The first event raised funds for the Donegal Hospice in honour of the great care John received.

Over €20,000 has been raised for local causes so far, and it is hoped this year will raise the biggest total yet. Funds raised from last night will go to the vital work of the Children’s Counselling Service at The Pastoral Centre Letterkenny.

As the judges decided on the winners, Sarah-Marie thanked the vast team of people who helped organise the event and the many sponsors gave support. 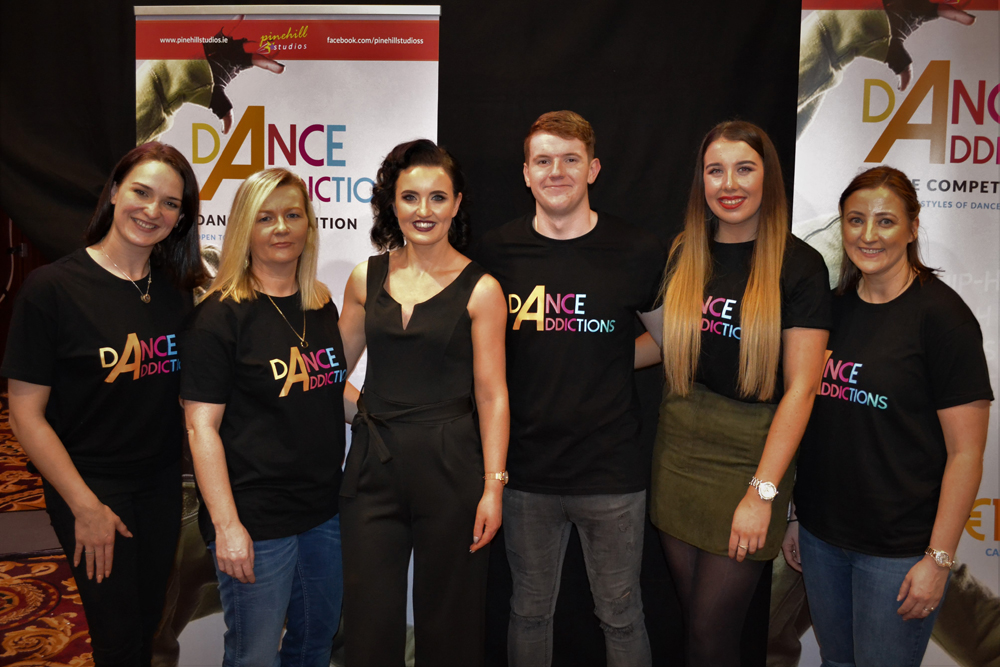 She explained the inspiration for choosing the Children’s Counselling Service as this year’s beneficiary, saying, “I want to support children in our local community who may, for whatever reason, need additional time, care and attention and to have a service readily available to cater to needs during difficult times.”

Director of the Counselling Service Liam Cannon explained how the money raised would support the children’s service which was set up in November 2016. Children aged 5 and up benefit from voluntary counselling provided by trained therapists, and it is hoped that the centre can bring the service to schools in the future. Funds raised from Dance Addictions will support that vision, Liam said. 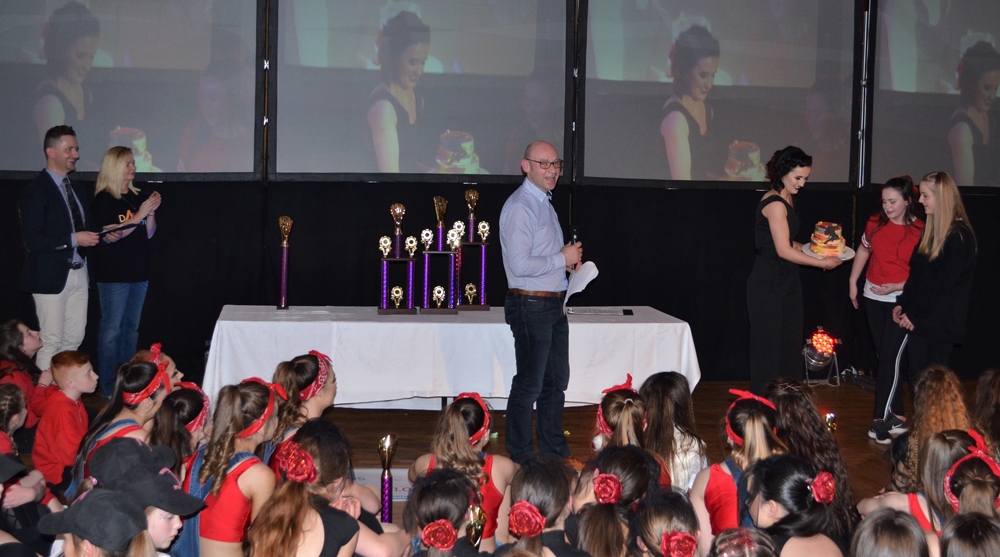 Sarah-Marie took a moment to reflect on how Dance Addictions has brought her Pinehill Studios community together with local charity groups over the years.

People who work with the Donegal Hospice and Donegal Mental Health groups who benefited from past events have remained a close part of Pinehill Studios and were there to support Sarah-Marie last night.

Sarah-Marie celebrated all the performers, young and old, who make up the community: “For me, Pinehill Studios is not just about the classes on the timetable. It’s about the individuals that come through the doors. It’s about seeing progression, passion, growth and the confidence of the children and even the adults.

“While it is about learning, it’s more importantly about the friendships that are formed and the fun and opportunities we are able to create,” she said. 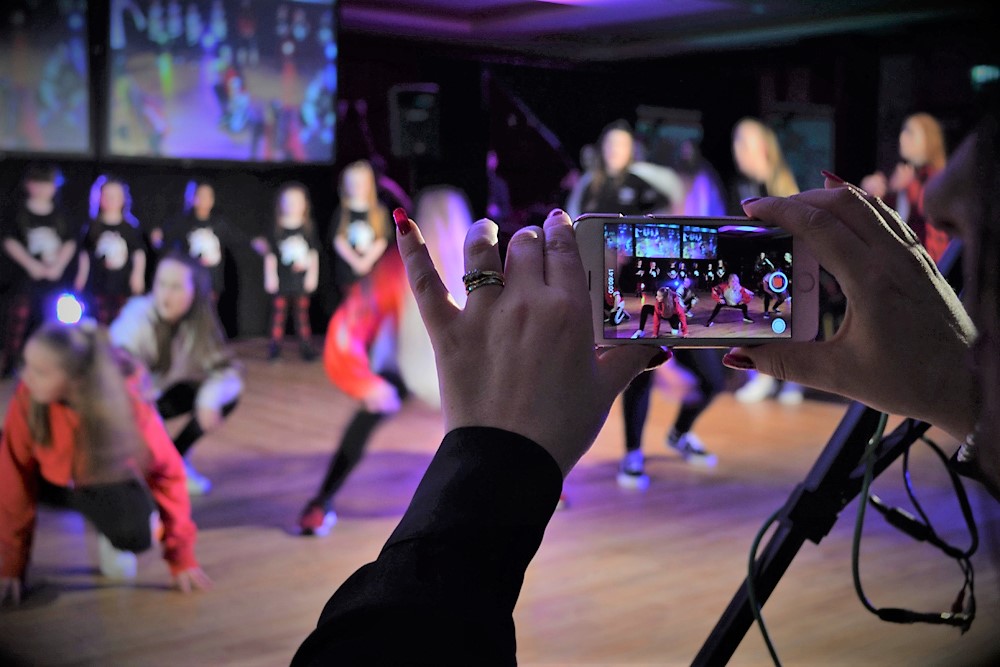 Parents cheer on the young performers at Dance Addictions 2018

Check out PinehillStudios.ie and Pine Hill Studios on Facebook for more updates from last night and news of future events.