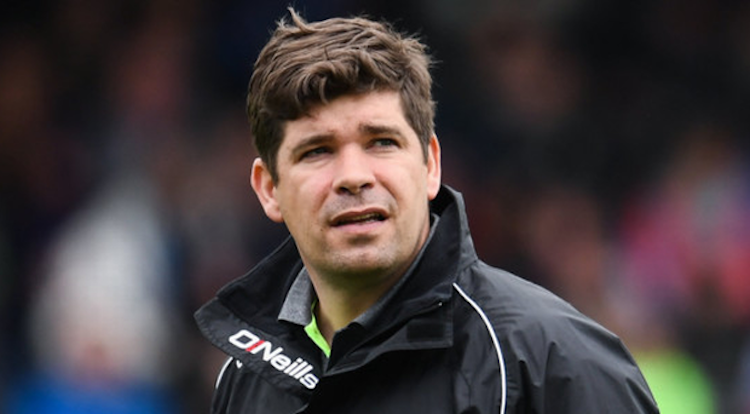 Eamonn Fitzmaurice could reflect on a satisfactory conclusion to a madcap Allianz League opener with Donegal yesterday in Killarney.

Kerry, thanks to late points by Sean O’Shea and Daithi Casey, won 2-18 to 3-14 after a late Darach O’Connor goal looked to have sneaked it for Donegal.

Casey had been in exile for three years, but arrowed through the Tir Chonaill rearguard to earn Kerry an opening day win.

“He has been playing absolutely fantastic football for Crokes and he was on our radar last year,”  Fitzmaurice said of his match-winner.

“He is a great guy, works hard, good for him to be back in. For a Killarney man to get a great score like that at the end of the game and to win the game by a point is all good.

“I thought the free from Sean was a great kick because there was a lot riding on it and the way the game had been so back and over the whole time, it was a big kick and Daithi got a great score then to win it.”

Tony McClenaghan, Odhrán Mac Niallais and O’Connor hit second-half goals for Donegal in a game that had 37 score.

Fitzmaurice said: “We were open. There’s no doubt, we conceded goals.

“Donegal, you could see, were looking for that when they’re good at that long kick-out and getting a knock on and going.

“We didn’t deal well with it today but it’s something we can improve on for the future. There was a bit of inexperience, some of the things we did were naive but I think that’s the payback. You have to be prepared to take that when you’re trying out a lot of new players together.

“There was a lot in it, went on in the last bit of the game. We’re just delighted now to come out the right side of it and two points on the board straight away.”

Delight for Fitzmaurice as new faces step up for Kerry against Donegal was last modified: January 29th, 2018 by Chris McNulty