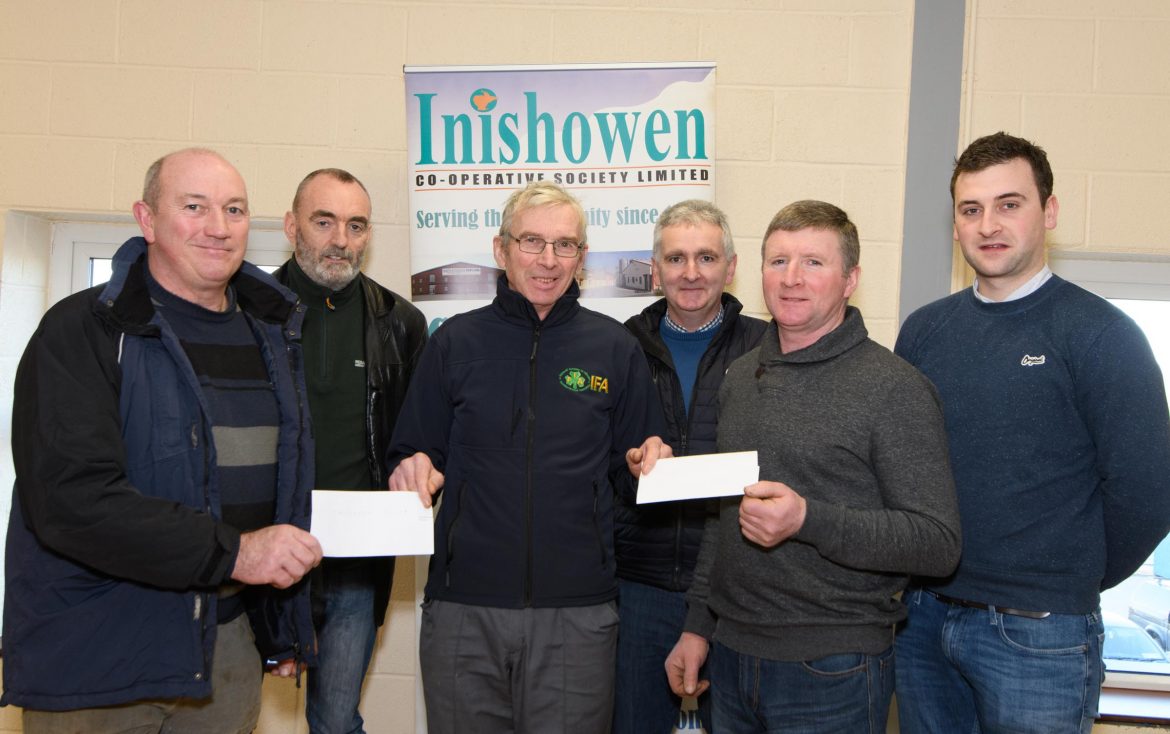 Members of the North Kildare Sheep Producers Group made a donation of €1,000 to help the fodder situation in County Donegal in the last week.

The Chairman of the North Kildare Sheep Producers Group, Pat Tracey and Godfrey Potterton made the donation to Donegal IFA Chairman Michael Chance. The support will go to two young sheep farmers in the Carndonagh region in County Donegal who were severely impacted by the storms and severe weather in 2017.