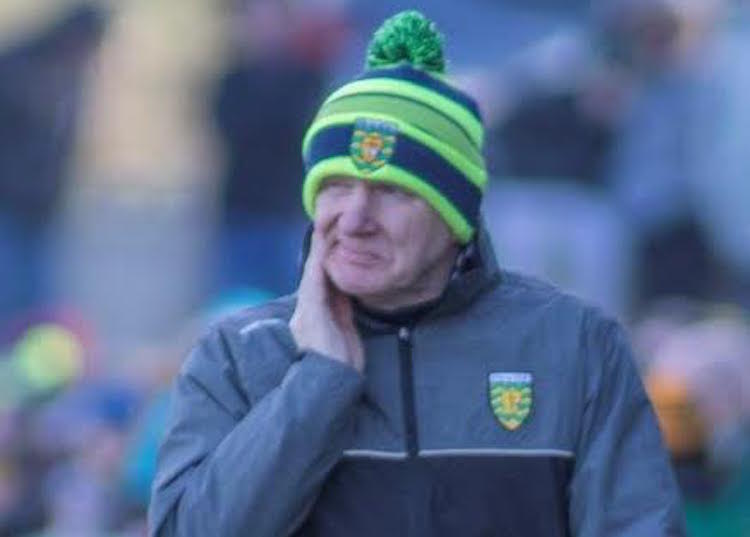 As he looked out from beneath a bobble hat at the mouth of the O’Donnell Park tunnel, Declan Bonner gave a sigh.

It was, for the second Sunday in succession, a tale of what might have been for Donegal as Galway sneaked out of Letterkenny with a 1-12 to 0-14 win.

Division 1 is no place for hiding and Bonner saw his battling Donegal go down by the slenderest of margins having been edged aside by Kerry in a Killarney pulsator a week ago.

On Saturday evening, Donegal will dance under the Croke Park spotlights with All-Ireland champions Dublin; there is little in the way of forgiveness around these parts, either.

“I’ve said it and I keep repeating myself, but the league is going to be a learning ground for these players and we want to be competitive and we are,” Bonner pointed out.

“It’s disappointing in terms of the result but again the lads put in a big shift.

“It’s disappointing that it was a game that we didn’t get something out of, but that experience was missing, in terms of seeing the game out and conjuring up scores near the end.

“We had a lot of the play in the second half. We knew Galway were going to come and be very difficult to break down and they played a lot of the game with 13 behind the ball.

“We probably didn’t ask enough questions of them, but it’s disappointing that we didn’t pick up something, no more so than last year.

“But listen it’s a tough division to be in and it’s a hard learning curve for a lot of these young lads coming in.”

His inquisitors wondered what a second defeat meant in the long-term view, but Bonner didn’t seem to perturbed. Rather, he was frustrated that his side had done enough and then undone the spadework of Patrick McBrearty, who shovelled nine of Donegal’s 14 points.

Bonner said: “Yes we want to win games, but at the minute it’s just difficult. It’s a game that, no more than last week, we probably deserved to get something out of it that we didn’t get.

“We were up against a very seasoned and experienced Galway side. We asked them plenty of questions but it’s disappointing that we didn’t get over the line at the end.

“Sometimes you have to make your own luck and we’re not getting much.Last week we were done by a double-bounce and a number of decisions went against us but hopefully down the line things might turn and we might just get a decision.”

McBrearty kept Donegal with a chance and the prospect of adding Michael Murphy alongside the red-hot Kilcar man is certainly something to look forward to.

The likes of Neil McGee, Frank McGlynn, Martin McElhinney and Paddy McGrath are all still watching from the comfort of the warm coats and are being eased back gently,

Paul Brennan, Hugh McFadden and Stephen McBrearty were among the others to step up with encouraging displays.

The Donegal manager said: “You’re always disappointed that you don’t kick on and tag on a few more scores.

“We didn’t do that and it was disappointing but you can’t fault the lads for effort and commitment and they gave it everything.