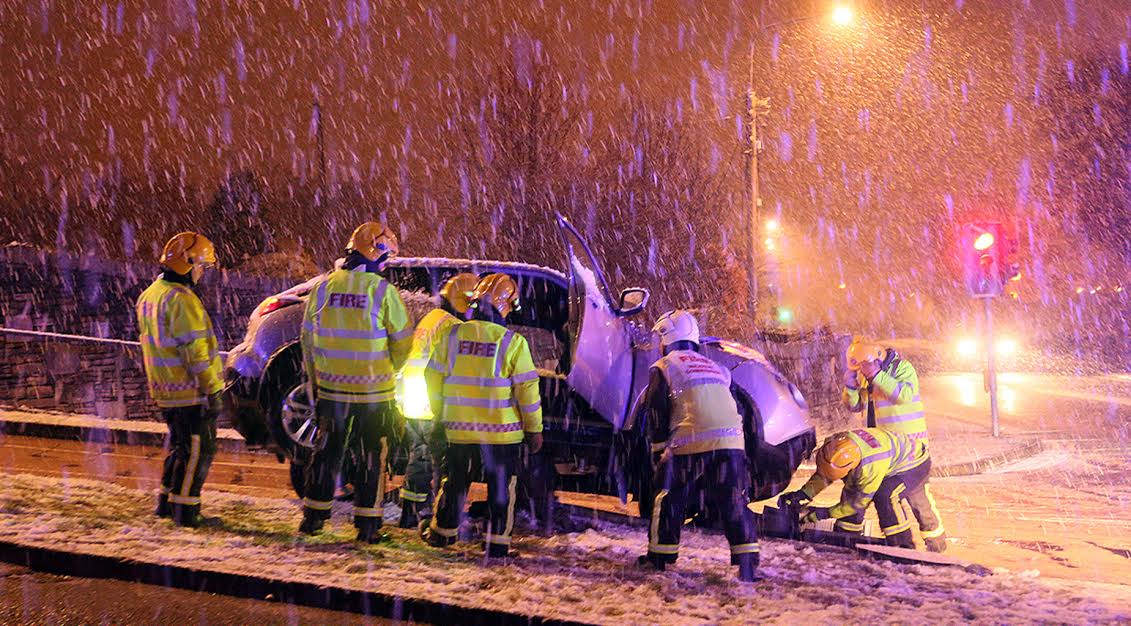 One Letterkenny motorist had a lucky escape as their car skidded in the heavy evening snow and was left up on two wheels after colliding with a stop sign.

The accident happened at the bottom of the hill at Gortlee close to the rear entrance to LYIT.

Members of the Letterkenny Fire Service pictured in the snow as they rescue a driver from their car which crashed into a stop sign at the bottom of a step hill causing the car to end up on its two wheels. Photo by Brian McDaid

Donegal’s roads are in a treacherous condition this evening and a number of accidents have been responded to, including on the N13 Letterkenny-Ballybofey road near Drumkeen and also at the Diamond in Raphoe.