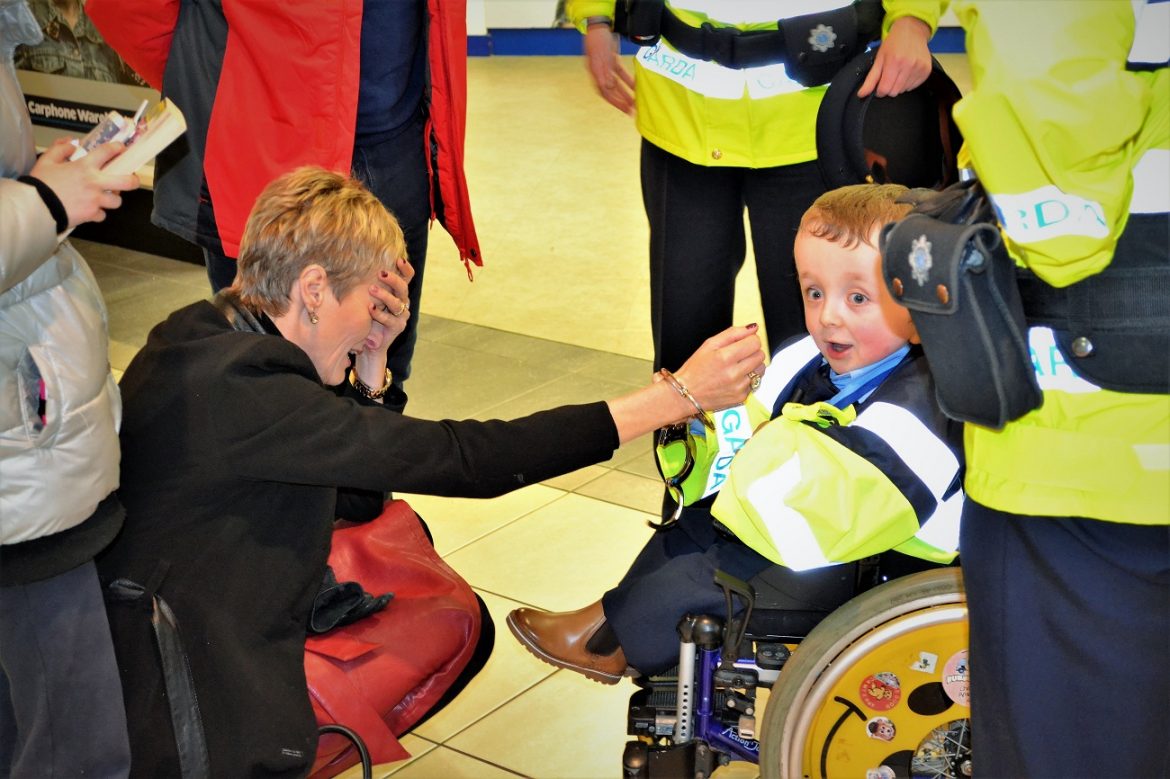 The youngest member of An Garda Siochana Donegal had his first day on duty in Letterkenny today – and nobody was safe. 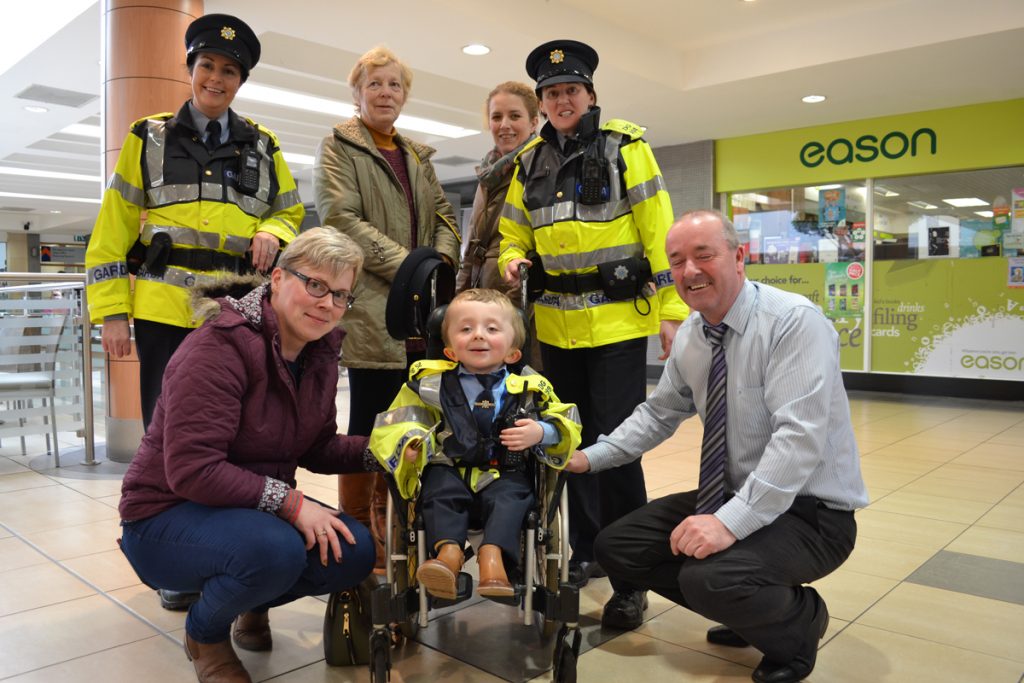 Jack has joined the force as a ‘Little Blue Hero’ under the charity initiative for children undergoing long-term medical treatment.

Flanked by Garda Tina Fowley and Garda Annmarie Mc Grath, he patrolled the shopping centre with extreme vigilance for misbehaving shoppers. He was joined by his Mum Ruth, Granny Lorna Buchanan and Aunt Sandra Coss for this action-packed day. 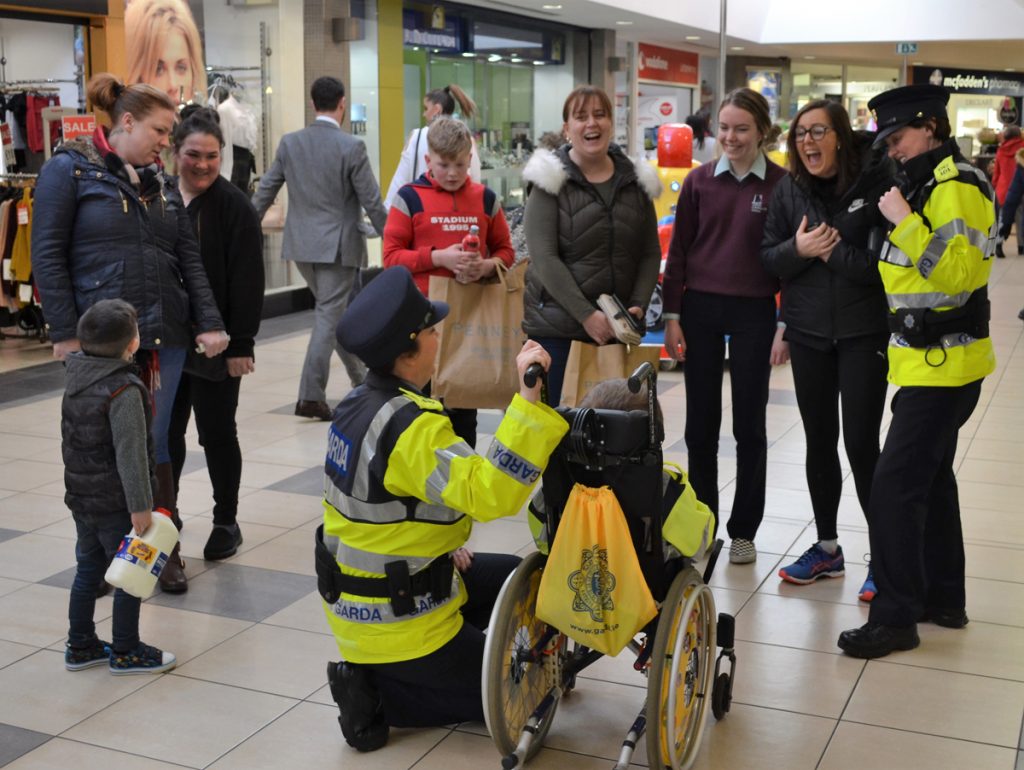 He swooped on a brazen thief in Tesco after catching them on CCTV. A mysterious woman was nabbed for wearing black gloves, which was a clear sign she was up to no good. He turned down a donut at McGettigan’s Bakery but did stop for a quick snack at Joe’s Butchers, only to arrest store assistant Hannah for bribery! 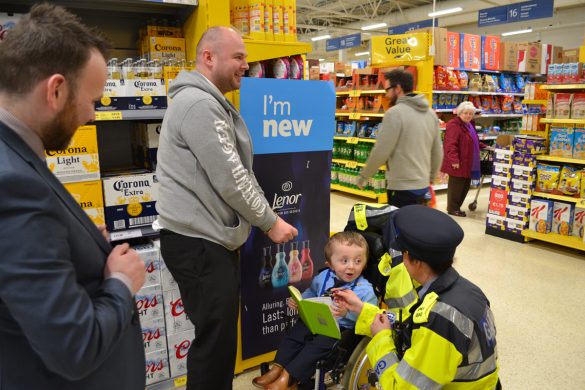 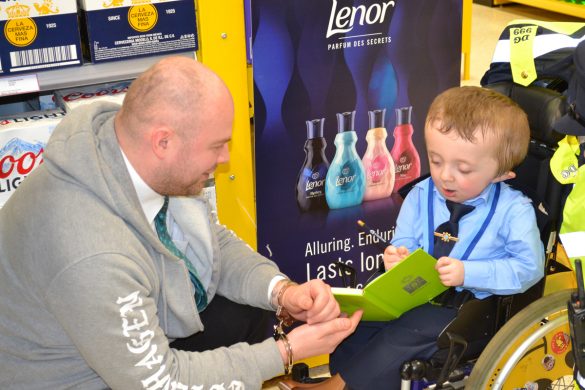 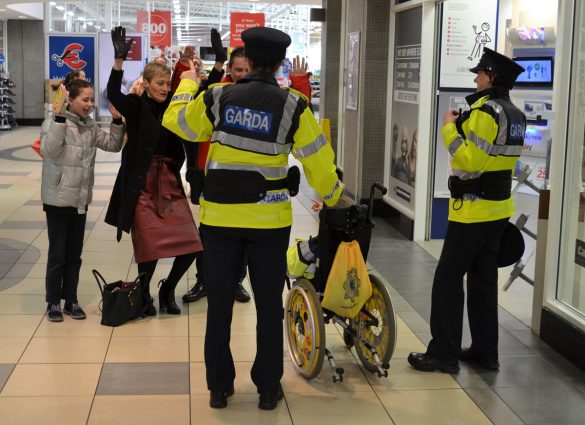 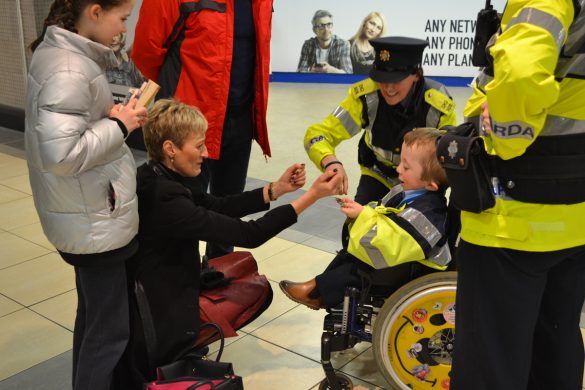 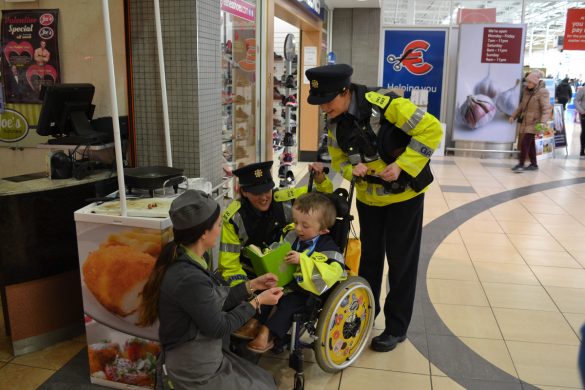 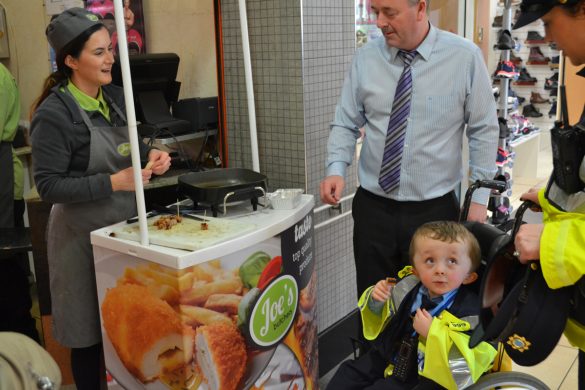 Gda Jack did go easy on some people since it was his first day on the job. He let the most apologetic people off with fines and told all children he met that they were safe enough.

‘Well, well, well,” was a phrase he greeted baddies with, before telling them: “Now you’re in big bother.” If they managed to plea well with him, he let them go and told them “It’s your lucky day.” 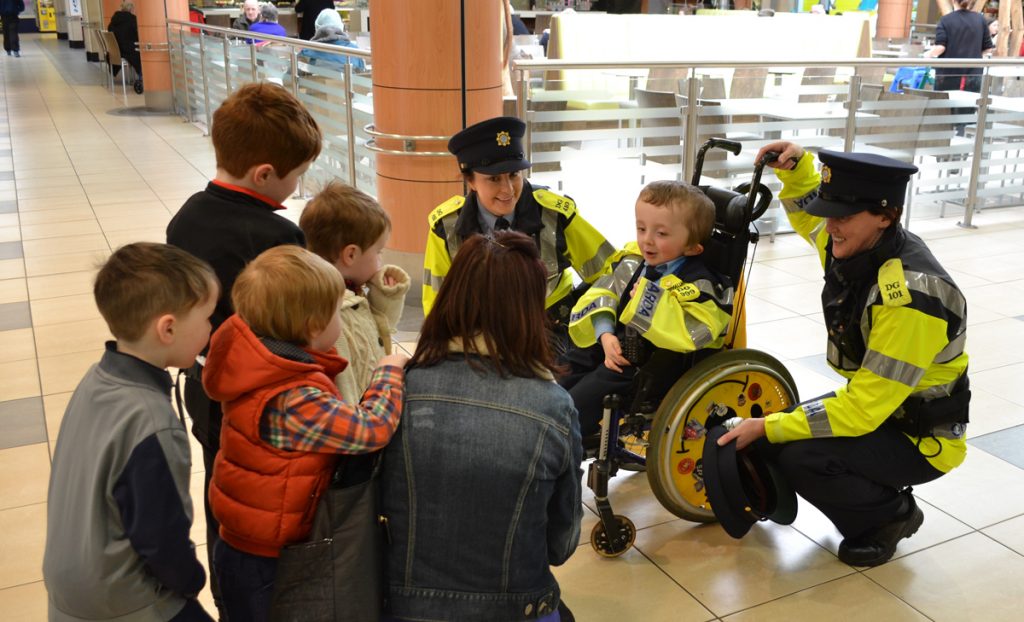 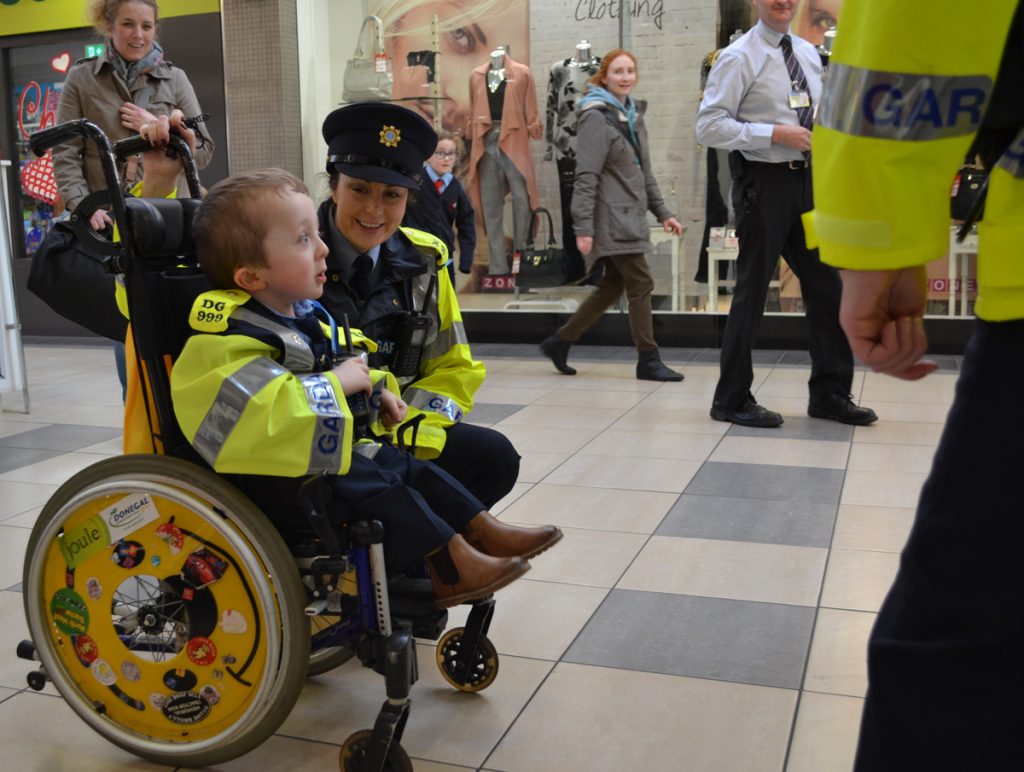 Gda Jack has been preparing for this big day for a long time since his familiarisation visit to Letterkenny Garda Station in January.

A keen fan of Police Interceptors, he knew all the lingo to radio into the station, call for back-up and carry out arrests. He happily read criminals their rights today in Letterkenny if they were caught ‘doing something bold’.

He was every bit the convincing Garda with an official uniform, badge and handcuff. Even the wheels of his wheelchair lit up when he was on a chase. 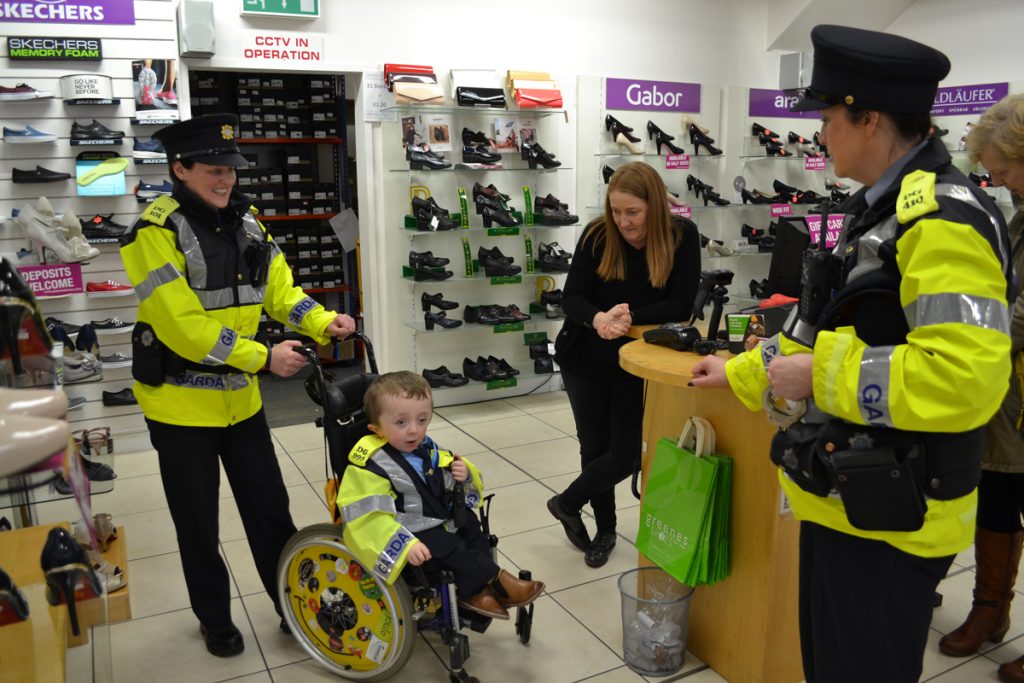 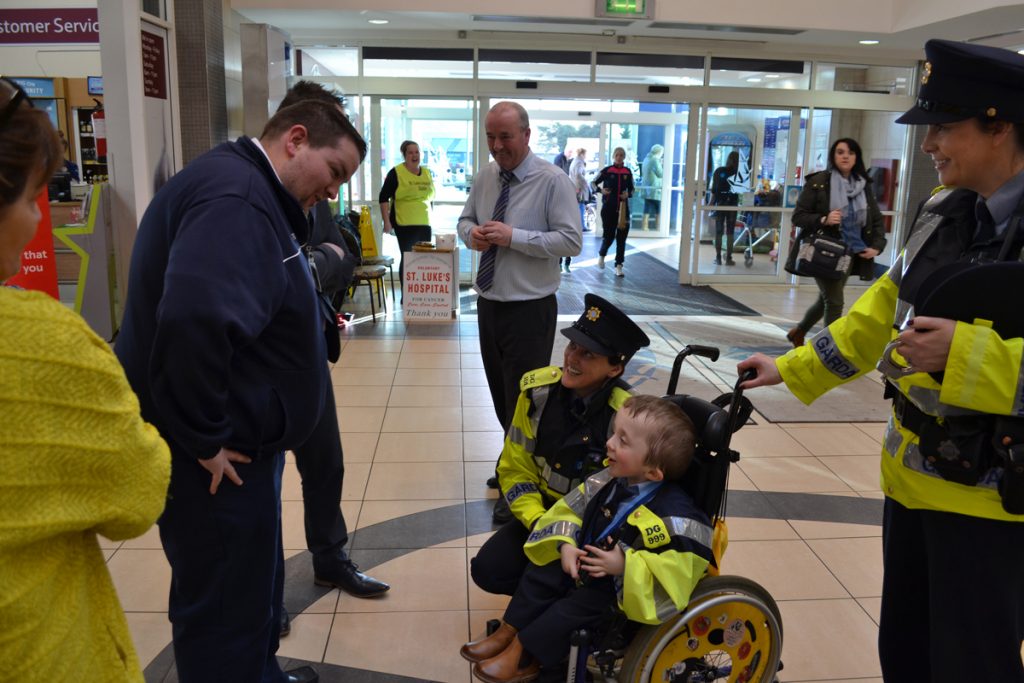 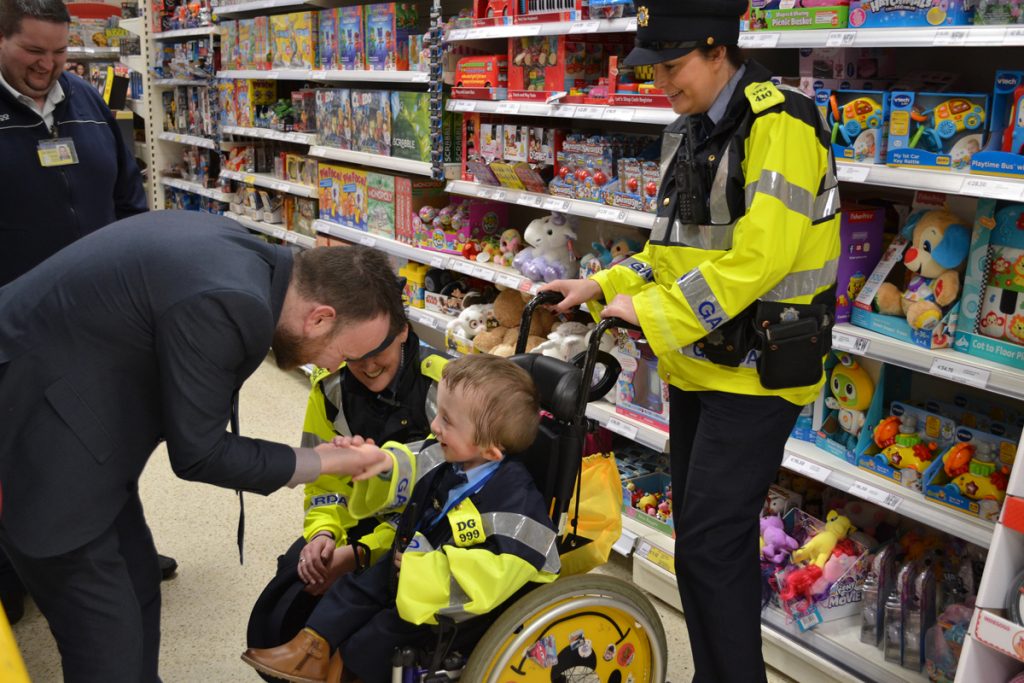 When not fighting crime, Jack goes to school at Raphoe Central, where he is in Senior Infants. Jack was born with Osteogenesis Imperfecta which is also known as Brittle Bone Disorder. He attends Temple St. Children’s Hospital for regular treatment. 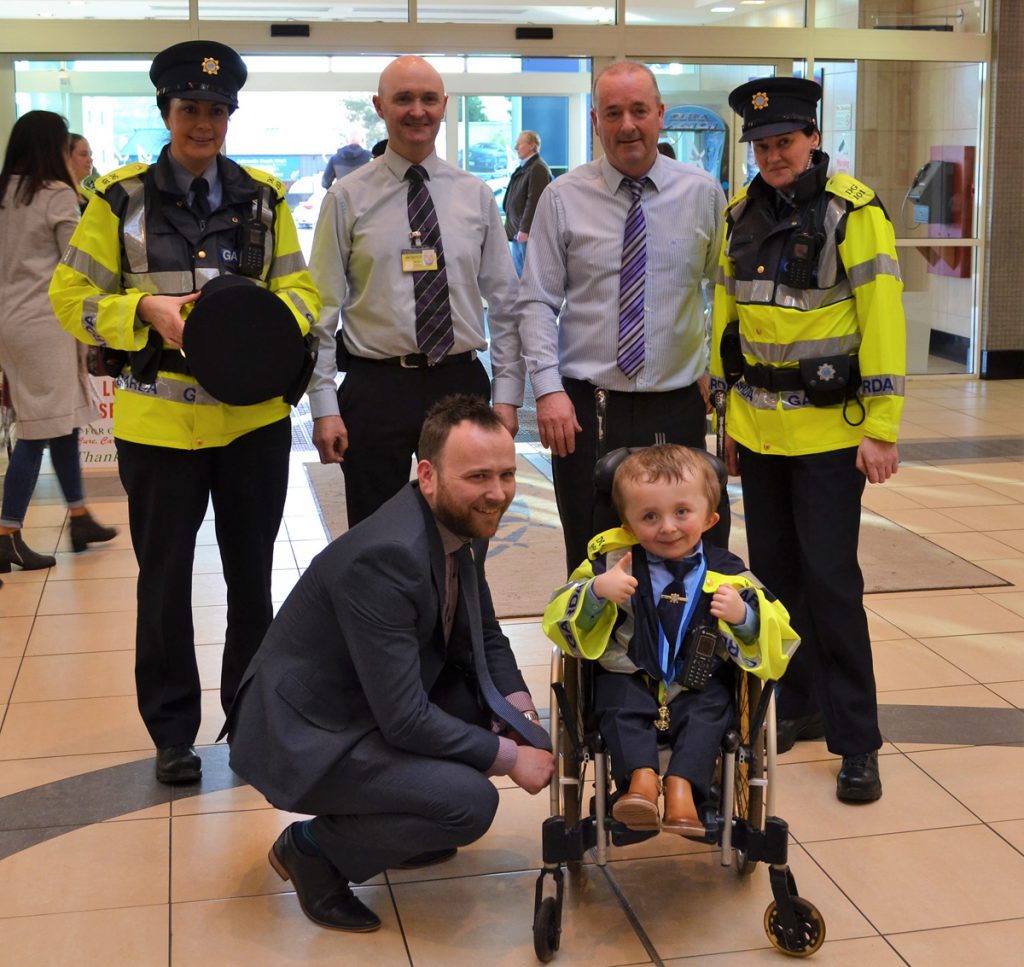 Little Blue Heroes is a charity established by Garda staff which aims to support local Gardaí in providing financial assistance to families in need in their local communities who have children undergoing long-term medical treatment for critical illness.

Photographer Brian McDaid was at Letterkenny Garda Station where Jack was offically presented with his badge:

To find out more about Little Blue Heroes or to donate, visit www.littleblueheroes.org